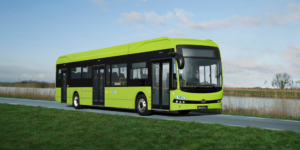 The local transport operator Nobina has ordered another 30 electric buses from BYD for use in the Finnish capital region of Helsinki. The new order comprises 15 units each with a length of 13 and 15 metres, which are to be delivered to Helsinki at the end of 2022.

According to BYD, the low-entry vehicles are equipped with the company’s new generation lithium iron phosphate battery technology, which offers optimised battery life and safe performance. The manufacturer states that the range is up to 300 or 400 kilometres. A battery thermal management system ensures that the batteries operate reliably in northern climate conditions.

“We will commence operation of the BYD eBuses from our biggest depot in Espoo at the beginning of next year and continue to replenish our fleet with clean, zero-emissions solutions that are kind to the environment,” says Petri Auno, CEO of Nobina in Finland.

With this latest order, BYD sees itself confirmed in the track record of its electric buses. “BYD has a long and solid association with Nobina, and we are delighted to receive this third substantial order for our pure-electric eBuses for Finland,” says Isbrand Ho, General Manager, Commercial Vehicle Business Centre at BYD Europe.

The order for the 30 new vehicles follows an order for 70 buses from Nobina to BYD in November 2021, with the Chinese manufacturer reportedly delivering 76 electric buses to the Finnish capital earlier in August, completing BYD’s delivery of a total of 119 e-buses to Nobina for use in Helsinki and Turku.