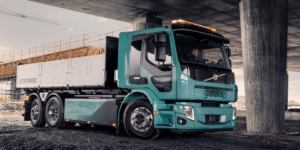 In the USA, the Northeast States for Coordinated Air Use Management (NESCAUM) has just welcomed the State of Nevada as the 17th state to join the Multi-State Medium- and Heavy-Duty Zero-Emission Vehicle (MHD ZEV) initiative.

The initiative is a coalition of states and other jurisdictions actively working together through a ZEV Task Force to develop a MHD ZEV Action Plan for rapid electrification of trucks and buses.

Already participating in the MHD ZEV initiative are California, Colorado, Connecticut, Hawaii, Maine, Maryland, Massachusetts, New Jersey, New York, North Carolina, Oregon, Pennsylvania, Rhode Island, Vermont, Virginia, Washington, the District of Columbia, and the Canadian Province of Quebec. The Office of Nevada Governor Steve Sisolak said that signatories of the MOU represent 40 per cent of the US population and 35 per cent of registered medium- and heavy-duty vehicles.

In mid March just passed, the ZEV Task Force released a comprehensive draft Action Plan for a 45-day public comment period. Now with its participation in the initiative, Nevada will work with the other participating jurisdictions to incorporate public comments and finalise the Action Plan.

With its participation, Nevada is now committing to working collaboratively to advance and accelerate the market for electric medium- and heavy-duty vehicles. This includes large pickup trucks and vans, delivery trucks, box trucks, school and transit buses, and long-haul delivery trucks (big-rigs).

NESCAUM is tasked with providing technical and policy analysis support to the Task Force and the development and implementation of the MHD ZEV Action Plan.  NESCAUM is a non-profit association of the air quality control agencies of the six New England states, New Jersey, and New York.

“Nevada’s participation further strengthens what is already a geographically diverse coalition of jurisdictions. NESCAUM and the ZEV Task Force look forward to working with Nevada as we take the next steps to support a growing market for electric trucks and buses,” says Paul Miller, Executive Director of NESCAUM.