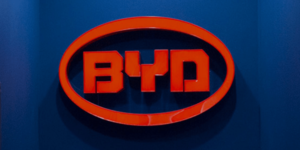 When completed, the plant is expected to reach an annual capacity of 45 GWh, according to reports by Gasgoo and the CN EV Post. The startup is scheduled for 2023. BYD does not specify what capacity will be available at launch. Within three years of commissioning – i.e., 2026 – production should “reach a reasonable level.”

For the investment of 14 billion yuan (equivalent to 1.99 billion euros), BYD is planning facilities for mixing, coating, assembling, activating, testing and packaging the battery cells. In addition, a research and development department is to be set up on-site. When completed, 10,000 people are expected to work for BYD in Nanning, generating a production value of 26 billion yuan per year (3.7 billion euros).

This year alone, BYD has already announced five factory projects. Among them, as reported, is a new production facility with capacities for 22 GWh annually for blade batteries in Taizhou in the Chinese province of Zhejiang.