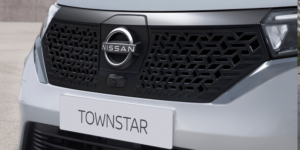 Renault is rumoured to be considering a partial sale of its roughly 43 per cent stake in Nissan as part of the possible spin-off and IPO of its electric car business. What impact this would have on the alliance and the joint electric platforms is an open question.

The Bloomberg news agency reports on the alleged plans, citing people familiar with the matter. According to the report, the IPO could take place in the second half of 2023.

Corresponding rumours about a possible spin-off of the electric car business had also circulated Bloomberg in early April. Part of the consideration was that the internal combustion and hybrid vehicle business would be merged with that of a potential partner outside France. Renault CEO Luca de Meo later confirmed the rumours. The plan to separate the internal combustion engine activity could interest Nissan or long-term investors.

Renault, however, does not intend to go it alone with these plans: Any plans would be subject to the approval of alliance partner Nissan, Renault’s finance chief Thierry Pieton said, according to Bloomberg. He said the Japanese partner is “up to date” on Renault’s possible options.

Renault and Nissan declined to comment on the report.

Renault currently holds 43.4 per cent of Nissan. Nissan, in turn, holds a 15 per cent stake in Renault but has no voting rights – unlike the French, who actively intervene in the Japanese automaker. Renault had rescued Nissan from a financially difficult situation more than two decades ago with its entry but is now the smaller partner in terms of unit sales. This regularly causes friction in the alliance, which had reorganized its global activities after the departure of long-time CEO Carlos Ghosn.

Whether and how the deliberations in Paris will jeopardise planned electric vehicle projects cannot be said at this stage. Both carmakers want to start deliveries of their first models based on the E-platform CMF-EV this year, specifically the Renault Mégane E-Tech Electric and the Nissan Ariya. In addition, it has already been agreed that Renault will build the successor to the Nissan Micra small car in France.