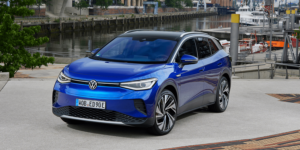 Volkswagen is “basically sold out” of electric cars for this year in Europe and the USA, according to Group CEO Herbert Diess, as persistent bottlenecks in the supply chain are affecting global production.

In the first quarter, the Wolfsburg-based group handed over 99,100 BEVs to customers worldwide across all brands. In Western Europe alone, the order backlog for the electric vehicle models stands at 300,000 vehicles, Diess now stated in the context of the announcement of the business figures for the first quarter of 2022. Customers who now place orders for electric cars in Europe and the USA would not receive their vehicles before 2023.

VW’s 99,100 BEVs made it the world’s second-largest EV manufacturer in Q1 in terms of volume – but market leader Tesla delivered more than three times as many vehicles to customers, with over 300,000 units.

VW is targeting a total of around 700,000 electric vehicle sales for 2022 as a whole. However, production has been hampered, especially in China, where only 28,800 electric cars were sold in the first quarter due to pandemic-related lockdowns.

Despite the restrictions in China and the shortfalls in Europe due to a lack of Ukrainian-made wiring harnesses, Diess said demand had remained robust. “We have very high order books and […] order intake on electric vehicles,” Diess added. “That accounts for all of our models from ID.3, ID.4, the Audi models — [all] are extremely well received in the markets, Škoda models are also very well received in Europe.”

The VW CEO is, however, confident for the rest of the year with regard to the company’s business in China, where electric vehicles were a little weak at the start of the year: “And in China, it’s really picking up,” said Diess. But the remaining quarters will have to go much better if VW wants to reach its target of 140,000 electric cars in China this year.

The risk of further production and thus delivery failures has not yet been completely averted. VW warned that there was “an ongoing risk” that the war and lockdowns in China could have a “negative impact on business activities in the current year”.