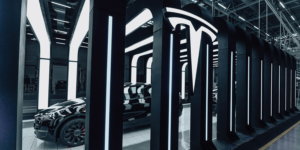 Tesla has presented their business figures for the first quarter of 2022. Tesla achieved a surplus of 3.32 billion euros. While the production stop in Shanghai at the end of the quarter prevented better results, it is only likely to show its full effect in Q2.

Between the beginning of January and the end of March, Tesla was able to generate a total of 18.76 billion dollars in sales, of which 16.86 billion dollars came from the automotive division. By comparison, in Q1 2021 revenue was $10.39 billion, and in the final quarter of 2021, it grew to $17.72 billion.

The company reports an operating margin of 19.2 per cent in the quarterly report. Here, too, the development is enormous: in the opening quarter of 2021, it was only 5.7 per cent, in Q4 already 14.7 per cent. Tesla also stresses that outstanding recourse debt was less than $0.1 billion at the end of the quarter. Stating that the company’s interest in a sustainable future continues to grow, and remains focused on growing as fast as possible.

From January to March, Tesla delivered 310,048 electric cars worldwide, breaking previous delivery and production records. The results are particularly notable, as the first quarter is usually weaker due to the Chinese new year, as well as the supply chain breaks due to the invasion of Ukraine. 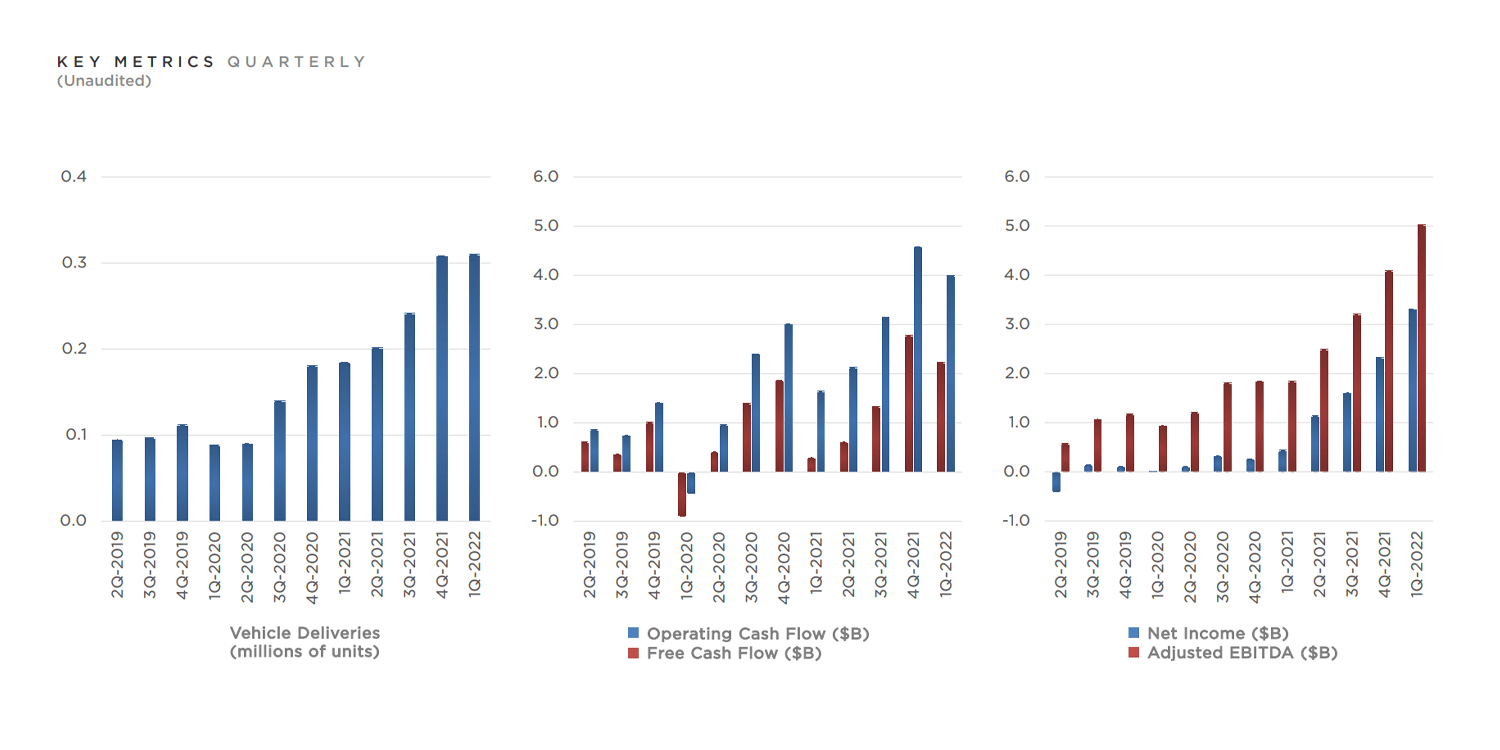 Production fell to 305,407 vehicles, partly due to the days of downtime in the vital Giga Shanghai. The assembly lines were idle for a total of six days in March, roughly corresponding to up to 12,000 cars that could have been built. Additionally, the Model S and Model X built in Fremont fell short of the possible workload: production capacity is 100,000 vehicles per year or 25,000 per quarter. But Tesla only built 14,218 Model S/X in Q1.

The big damper, however, will only be felt in the second quarter. Only this week Tesla was able to resume production as part of a “closed loop management” system, however only with a single-shift capacity instead of two. Even supposing that production resumes at a lower level, Tesla aims to be able to compensate for the Shanghai shortfall even with the newly opened gigafactories in Grünheide and Austin – especially since Grünheide is currently building only 350 vehicles per week.

The company states that the expansion of production capacity is “a core element of our decision making”. Giga Berlin, which opened shortly before the end of the quarter, had an “immaterial impact on gross profit in the first quarter”, while Giga Texas, which opened in early April, already falls into the second quarter. Nevertheless, both plants will potentially produce more – but Tesla does not give exact figures in the quarterly report, both factories are described as “early ramp”. In California, there will be up to 100,000 Model S/X and 500,000 Model 3/Y, plus the potential 450,000+ vehicles from Shanghai.

At the same time, Tesla says it is making “significant efforts” to advance its own cell manufacturing, raw material sourcing and supplier diversification. Tesla admits that challenges around the supply chain remain persistent and that there has been a strain on supply chains and factory operations. In addition, the prices of some raw materials increased in recent months. Tesla added that the inflationary impact on cost structure has contributed to adjustments in product prices, but the company says it remains focused on reducing manufacturing costs where possible.

In the long term, Giga Texas is planned to build more than the Model Y with 4680 cells and the structural battery pack, as was the case at the start of production. In the course of the year, Model Ys with the 2170-cell battery pack will also be built in Austin, however, Tesla does not specify which variants these will be. Tesla in Texas is thus going the opposite way to Brandenburg: There, production started with 2170 and is to be expanded by 4680 in the course of the year. Then the production in Grünheide will not be completely converted to the new cells and battery packs, but both variants will be continued to be built. 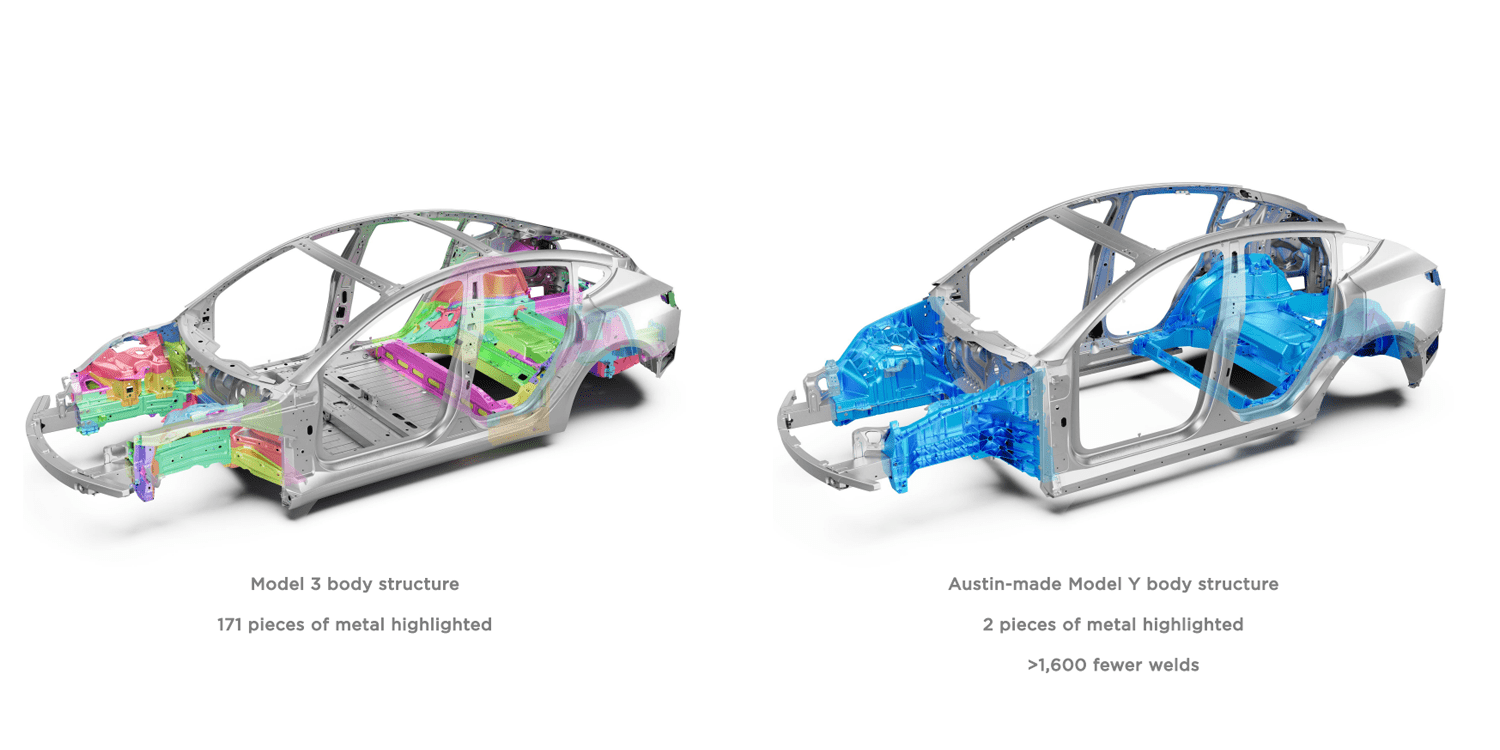 Tesla’s solar division, on the other hand, was unable to match the results from the previous year. In Q1 2022, 48 MW of capacity was installed, 48 per cent less than in Q1 2021. The weakest quarter last year was 83 MW. The stationary power storage business was able to add 846 MWh of capacity. Compared to Q1 2021, this corresponds to a growth of 90 per cent, but the three following quarters in 2021 were all above the value of the current quarter.

Incidentally, Tesla does not want to venture a concrete outlook for the current year – it primarily repeats the well-known goal of growing deliveries by 50 per cent per year in the medium term. Whether this will be achieved this year is neither denied nor confirmed. Instead, it says: “Our own factories have been running below capacity for several quarters as the supply chain has become the main limiting factor, which is expected to continue until the end of 2022.”