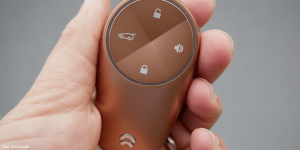 The Chinese electric car manufacturer Nio has forged a deal with Plugsurfing to offer its customers in Europe access to the European charging network. Plugsurfing’s network currently comprises 300,000 charging points accessible via the platform.

For Nio drivers, access is granted straight through the dashboard in their car or the Nio app. They will be able to pay flexibly at public charging points from within this built-in interface, eliminating the need for alternative apps and access methods associated with public charging, so Nio. In addition, drivers can use the car key to activate chargers without carrying additional cards.

The integration went live in Norway a few days ago, and Nio says more markets will follow suit. As reported, Nio also wants to launch in Germany, the Netherlands, Sweden and Denmark in 2022. By 2025, the Chinese EV maker plans to expand its presence to over 25 countries and regions worldwide.

So far, however, Norway was the first overseas market to offer Nio’s complete charging infrastructure – including battery swapping stations.

Whether Nio will be able to remain on schedule for the expansion is open at this stage. The company was affected by supply chain issues leading to production stops in China in April. “There will be a delay in the delivery of vehicles for many customers shortly, and we ask for your understanding,” the company said at the time. It remains unclear how many customers are affected and how long the delay will be.

Nio already has 900+ battery-swapping stations in China and opened its first station in Norway. In April 2021, Nio presented the second generation of its exchange stations, which can change up to 312 batteries per day.

It is expected that the company will eventually export the Battery-as-a-Service (BaaS) offer to other markets. In Germany, the TÜV has reportedly certified the first battery-swapping station already.

Plugsurfing is working with many partners, among them carmakers such as Volvo and Polestar or Nissan. The company’s billing solutions work across a range of payment systems. The start-up says it aligns the entire car charging ecosystem— drivers, charging point operators, and carmakers within a single platform. The company claims that over one million drivers are using the services.