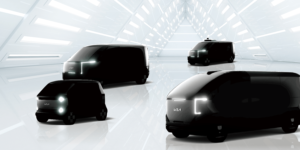 Hyundai and Kia plan to invest 21 trillion won (just under $17 billion) in electric car production in South Korea by 2030. The goal is to increase annual production from an estimated 350,000 units this year to 1.44 million units in 2030.

Globally, Hyundai and Kia want to produce as many as 3.23 million electric cars in 2030, 45 per cent of which will come off the assembly line in South Korea. Kia itself plans to build a plant for so-called “purpose-built vehicles” with a capacity of 150,000 units in Hwaseong.

“Hyundai Motor and Kia’s large-scale investment in the domestic EV industry aims to improve the domestic EV ecosystem and make the country a global leader in innovation in the future automotive industry,” a Hyundai representative said. The two companies did not disclose which plants the roughly $17 billion would be allocated to.

At the presentation of the strategic roadmap in March, Hyundai Motor Company already spoke of an investment of 19.4 trillion won in electrification alone. However, it did not say in detail whether this would be limited to South Korea or whether it would be global. Now Hyundai spoke of 21 trillion won for electric car production in South Korea alone. It is not clear whether the investment amount mentioned now is in addition to the investment mentioned in March. Hyundai also announced in March that it would introduce 17 BEV models by 2030 – 11 of the Hyundai brand, six of Genesis.

Following Hyundai’s lead, Kia had also unveiled its strategic roadmap to accelerate its electrification ambitions by 2030 just a day later. To achieve the sales target, at least two new electric models are to be introduced per year. As a further growth area, Kia named the so-called “Purpose Built Vehicles” or PBVs – customers with special needs are to be offered vehicles specialised in these. As an example, Kia mentioned a PBV model based on the new Niro, which is to be optimised for taxi services as well as ride-hailing providers. In the medium to long term, such vehicles will not be built on the basis of existing models, but on a dedicated e-skateboard platform.

Now Kia announced that it plans to build a production facility just for such “Purpose Built Vehicles” in the South Korean city of Hwaseong. The manufacturer plans to start construction in the first half of 2023 and commercial production in the second half of 2025. Initially, the plant should be able to build 100,000 vehicles per year. Depending on demand, Kia could also increase production at the plant to 150,000 units per year.