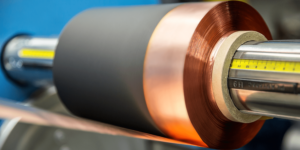 The British battery cell manufacturer Britishvolt has signed a purchase agreement with the Monbat Group to acquire EAS. The purchase deal is worth 36 million euros.

The acquisition of the German developer and manufacturer of battery cells (including Monbat New Power and Monbat Holding) is expected by Orral Nadjari, founder and CEO, Britishvolt, to expand the development and commercialisation programme for Britishvolt’s 46xx cells and bring the cell product to its automotive customers.

“EAS has a proven track record in providing innovative, tailor-made battery cell solutions for its customers, and it makes strategic sense so that we join forces and grow together,” says Nadjari. Britishvolt already foresees further investment in EAS “to ensure that it can reach its full potential within the Britishvolt family”. Currently, the German company is still fully owned by the Monbat Group. The acquisition by Britishvolt is expected to close shortly, subject to completion of the transaction and regulatory approvals.

According to Michael Deutmeyer, the managing director of EAS, the two companies are already linked by common goals. High synergies are expected to accelerate the growth of both companies. On the EAS side, the acquisition will enable greater capacities in the development and production of innovative cells and battery systems, he said. “We are expanding our know-how, deepening our ecological and resource-saving approach in production and enlarging our team. At the same time, we are supporting Britishvolt as a leader in battery cell technology in its focus on international growth,” adds Deutmeyer.

EAS, based in Nordhausen, specialises in the development and production of large-format lithium-ion cells with innovative electrode manufacturing technology. The company’s battery solutions are already used in Europe, Asia and North America in the aerospace, defence, submarine and marine sectors as well as in the automotive industry.

Britishvolt recently secured a £100 million grant from the UK government’s Automotive Transformation Fund for its planned battery cell factory in Blyth, Northumberland. Preparations for the construction of the cell factory on the British coast have been underway since September. Shortly before Christmas it became known that Britishvolt had ordered production machinery from the German medium-sized company Manz.

At the end of March, the company had also agreed with VKTR, a company belonging to the Indonesian conglomerate Bakrie & Brothers, to set up a joint venture. A letter of intent initially provides for the construction of a nickel sulphate plant in Indonesia. In August last year, Britishvolt had signed a long-term cobalt supply contract with Glencore.