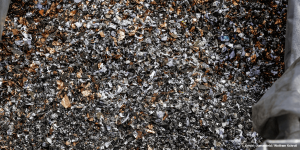 India’s largest battery recycling company Attero plans to invest one billion US dollars over the next five years in the construction of recycling plants for lithium-ion batteries from electric vehicles, among others, in Europe, the USA and Indonesia.

Attero CEO Nitin Gupta confirmed to Reuters that the company’s plant in Poland is expected to come online later this year. The plant in Ohio in the US is scheduled for Q3 2023, before the plant in Indonesia follows in early 2024.

Gupta did not reveal further details on the plants, saying only that Attero’s extraction rate is 98 per cent. This means it is a modern hydrometallurgical process in which the crushed battery materials are chemically separated. The pyrometallurgical processes used in the past, in which the battery was simply melted down, were very energy-intensive and achieved much lower recycling rates.

Attero is backed by The World Bank and already recycles for Samsung Electronics and Hyundai Motor. By 2027, the company plans to recycle a total of over 300,000 tonnes of batteries per year. Currently, the company’s capacity is 11,000 tonnes. With the recycled material, Gupta says the aim is to meet 15 per cent of global demand for lithium, cobalt and graphite.

Gupta founded Attero in 2008 with his brother Rohan, and the company has been profitable for two years. The company currently employs 150 people, with plans to fill 100 new positions this year – including in Europe and the United States.

“Lithium-ion batteries are becoming ubiquitous,” Attero’s founder and CEO told Reuters, explaining that by recycling lithium-ion batteries, the company is not only solving a waste problem, but also becoming “significant players in the material supply chain by selling green metals without mining the earth.”

The CEO told Tech in Asia that Indonesia was obvious choice for Attero’s expansion. The country is making the most of its nickel resources and is setting up an electric mobility infrastructures and investments to serve the Asian regions from the Southeast Asian archipelago. CATL and LG Group have both announced multibillion dollar investments to set up lithium-ion battery plants in Indonesia, while numerous other corporations in electric vehicle sectors have plants there.

At Reuters points out, Attero’s rivals include Li-Cycle Holdings and Redwood Materials, while some carmakers are just starting up recycling operations. In China, legislation obliges battery makers to instigate both reuse and recycling programs, such as one of the two largest player there, Brunp, which invests in, and has a joint venture with CATL. China already boasts a has a well-established legal, digital and industrial framework for the resuse and recycling of batteries which was recently further defined at the end of last year.

One of Attero’s customers is the commodities group Glencore. According to Reuters, some of the materials extracted by Attero also end up at Tesla via Glencore.