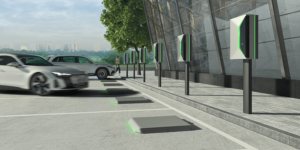 Siemens has acquired a minority stake in wireless charging specialist WiTricity for 25 million dollars (€23.3Mn). The companies will work together to drive the adoption of open, interoperable standards, while Siemens also becomes Witricity’s licensee.

Siemens expects the wireless charging market to reach two billion US dollars in 2028 in Europe and North America alone, so the company considers the investment strategic. Through cooperating with WiTricity, they seek “to bridge the gaps in the global standardisation of wireless charging for electric passenger and light-duty commercial vehicles,” the company says. Other targets are to enable interoperability between vehicles and infrastructure and market penetration. In addition, both parties will collaborate to advance the technical development of wireless charging systems.

WiTricity has been active in harmonising the market for some time. In 2019, it reportedly acquired Qualcomm’s platform including several patents. “Bringing the Qualcomm Halo technology into the WiTricity portfolio will simplify global interoperability and significantly accelerate commercialisation,” said Alex Gruzen, CEO of WiTricity at the time.

The company had also signed a license agreement with the German supplier Mahle that year. However, neither Mahle nor Siemens are alone in that: Toyota, Aptiv (previously Delphi), TDK, IHI, Shindengen, Daihen, Brusa and Anjie Wireless also have licence agreements with WiTricity. The company is also working with Hyundai’s premium brand Genesis.

At the same time, harmonisation may not come as openly as many wish – in December 2020, WiTricity and the MIT sued Momentum Dynamics over patent infringements. Gruzen said in a statement at the time that the company would “protect and defend” its IP against any unauthorised use. He also pointed out that WiTricity was “proud to see our technology being commercialised by our licensees.”

The “ultimate goal”, as Siemens put it, of the new collaboration is then to indeed “accelerate the maturing of wireless charging technologies together with OEMs and infrastructure partners”. This was to ensure their cost-effective availability worldwide simultaneously, Siemens writes.

The company also quotes a recent survey of more than 1,000 current and future EV owners interested in purchasing an EV in the next two years indicated that wireless charging was one of the highest-rated add-ons and a more preferred option to other amenities, including park-assist, performance, or premium audio packages.

Siemens has been active in the EV charging space for some time. Most recently, the company present a robot charger at the IAA 2021.

Its charging solutions portfolio includes slower charging applications, such as the Versicharge AC wall box or the Sicharge UC family of depot chargers.

While working primarily in the B2B sector, the Versicharge line was Siemens’ step into the home charging and the US market. The company reportedly wants to manufacture over one million such chargers over the next four years.