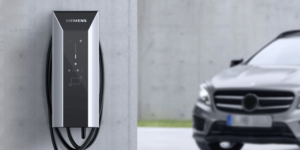 Siemens says it will expand its US operations to support e-mobility infrastructure in America. The VersiCharge product line of commercial and residential EV chargers will be key to Siemens preparing to manufacture over one million such chargers for the US over the next four years.

To reach this target, Siemens is planning to install a new factory. The facility will be its third US hub, and the German corporation estimates it will support 100 jobs across the manufacturing site and regional supply chain.

While the company left undisclosed how much it is ready to spend, Siemens has been seen increasing its involvement in the US market, not the least because of the Biden-Harris administration.

“We’re incredibly encouraged by the continued commitment from the Administration and the Senate’s bipartisan approval of a historic $1 trillion bipartisan infrastructure bill, which includes a $7.5 billion investment to construct electric vehicle stations, and Siemens is answering the call to accelerate EV charging production in the US,” said John DeBoer, head of Siemens eMobility solutions and Future Grid Business in North America.

The company earlier this year had also announced plans to green its US fleet and install charging infrastructure at its facilities in America by 2030.

At the same time, vehicle manufacturers such as Penske, a truck leasing company with more than 370,000 vehicles, rely on Siemens EV charging technology, however of the heavy-duty kind. Such DC charging equipment is delivered through Siemens Smart Infrastructure, a business unit that recently launched the first high power charger called Sicharge D.

With today’s announcement, Siemens completes the EV infrastructure line-up in the US with the Versicharge, a Level 2 AC charging station.

Setting up shops in the US

To reach the production target of one million VersiCharge columns in the US, the company is conducting local site evaluations. Siemens plans to identify a site this year and bring a facility online to begin manufacturing AC chargers in the United States in early 2022.

The plant will serve as a counterpart to existing operations in Wendell, North Carolina, says Siemens, where the company manufactures the above-mentioned charging solutions for buses, trucks and heavy-duty electric vehicles.

Existing Siemens eMobility solutions such as said AC and DC chargers, which the company says were deployed in all 50 states, form the Siemens ‘PlugtoGrid’ portfolio. The solutions act as Distributed Energy Resources and enable the effective harnessing of renewable sources, Siemens explains.

Apart from charging equipment, the company also launched the new Enterprise Charging Network for corporate customers this year. However, so far, Siemens only offers the service in Europe together with DCS, and it remains to be seen whether it will spill over to the US in future.