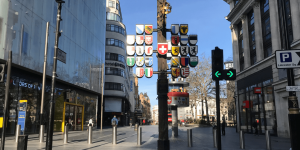 In the UK, more than £43 million of UK government and industry funding has been awarded to projects including electric motorcycles and an all-terrain, 4×4 electric delivery truck designed for emerging markets. Grants also went to feasibility and early-stage proposals that could bolster the UK electric vehicle supply chain.

Of the two electric vehicle projects, Project Zero Emission Norton, Solihull, in the West Midlands – £17.2 million (£8.5m funding through the APC) has been awarded for the purpose of developing an electric motorbike that delivers a high level of race performance and touring range.

For the other electric vehicle project, OX Delivers CLEAN (Clean Logistics for Emerging African Nations), Leamington Spa, in Warwickshire has been awarded £17.1 million (£8.5m funding through the APC) to develop an all-terrain electric delivery truck. This is to be designed for emerging markets and manufactured in the UK. The delivery truck should be able to withstand “tough off-road conditions by using long-life, lower-cost batteries,” says the UK government.

These two electric vehicle projects have been awarded funding through the Advanced Propulsion Centre (APC) Collaborative Research and Development competition. This is supposed to support the development of “innovative low carbon automotive technology” and should “help propel the UK in the global race to secure electric vehicle supply chains”, according to the UK government.

The remainder of the funding will be going to 19 early-stage proposals that the UK government says could bolster the UK electric vehicle supply chain. The grants have also been awarded to fund research, and prove or enhance the case for their scale-up. This should have the potential to create further employment opportunities in the UK.

The British government says that these feasibility studies will be backed with £9.4 million in matched government-industry money through the Automotive Transformation Fund. Here, the focus will be put on the development of EV battery components as well as the viability of using UK-sourced critical minerals.

Earlier this month, the British government announced it will be ending its subsidy programme for electric cars with immediate effect. The sudden move only affects newly purchased electric cars. Subsidies for electric vans, electric taxis and electric motorbikes are to continue.