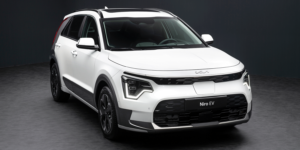 Kia is using battery cells from CATL for the first time in the new generation of the Niro EV. Until now, Kia has relied exclusively on cells from South Korean manufacturers for its electric cars. The reason for the change is said to be cost.

This is reported by the Korean newspaper Hankook Ilbo with reference to a Kia manager. According to the report, the battery pack of the new edition of the all-electric Kia Niro with an energy content of 64.8 kWh uses NCM cells from the Chinese manufacturer CATL and thus, for the first time, no cells from South Korea.

A decisive reason for the switch from SK Innovation (now SK On) to CATL as the supplier of the cells for the Niro EV was apparently the lower costs. Referring to a “confidential matter”, the Kia manager did not want to comment on this.

As Hankook Ilbo further writes, Kia had originally planned to switch from SK On to LG Energy Solution. CATL might have won the race on price. According to the report, the price could not only be related to the economies of scale of the world’s largest battery manufacturer, but also to the cell chemistry used: While LGES and SK On had offered NCM811 cells with increased nickel content for higher energy density, the CATL cell was an older design with higher cobalt content – good for charging speed at low temperatures, but at the price of lower energy density.

“The CATL battery met (Kia’s) internal quality standards and it was decided that the supply capacity was sufficient, so we chose it instead of the domestic battery,” the Kia representative said.

According to the newspaper’s report, there is now growing concern in South Korea that Chinese cell manufacturers are increasingly making inroads in the country – some customers reportedly feel deceived and apparently want to cancel their orders. In addition, “Hankook Ilbo” is also raising concerns about the battery from China: it is “the first time that CATL, which mainly produces lithium-iron-phosphate (LFP) batteries, has mass-produced NCM batteries in a car model. This means that quality or safety has not been demonstrated,” the report says. But this is not true: NMC cells from CATL are installed in the BMW iX3, Mercedes EQE and Mercedes EQS, among others.

The second generation of the Kia Niro EV is scheduled for delivery from July. In fact, there are hardly any changes in the drive compared to the first generation: the battery capacity increases minimally from 64 to 64.8 kWh, the maximum charging power is to remain at 75 kW – however, there will be battery preconditioning in future. The small battery option with 39 kWh will be dropped.

Ford to manufacture EVs in Valencia