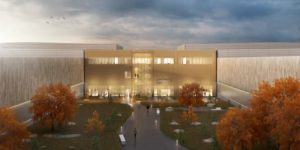 The Swedish battery wunderkind Northvolt has confirmed plans to go public within the next two years. The battery cell company backed by Volkswagen or BMW was “well-positioned” for an initial public offering, Chairman Carl-Erik Lagercrantz said in an interview.

A listing during the next two years was a “reasonable” expectation even as the company has “no need from a funding perspective,” Lagercrantz told Autonews. Northvolt has been valued at around $12 billion after raising about $6.5 billion through debt and equity.

Rumours about Northvolt hitting the stock market emerged about a year ago. The listing was then to take place in 2022 or 2023 and bring the company a valuation of 20 to 30 billion euros, so it looks like the plans have been scaled and slowed down a little.

Existing investors have since continued to show full support. In summer 2021, Volkswagen invested a further 620 million US dollars (around 500 million euros) in its battery partner and the carmaker is keeping a steady stake of 20% in Northvolt.

Northvolt’s main USP is their sustainable approach – Hydrovolt,  Northvolt’s joint venture with Norsk Hydro, just commissioned a battery recycling plant in Norway – and of course, the geographical proximity to major customers. Their first plant, Northvolt Ett in Skelleftea, Sweden, started commercial shipments in May, making the Swedish start-up the first European firm to do so.

Northvolt did not disclose the client at the time. Still, the push answers a dire need across the European car industry. The company, founded by ex-Tesla VP for Supply chain Peter Carlsson, has recently signed contracts with carmakers worth more than $50 billion. Among Northvolt’s customers are Volvo Cars and Polestar, aside from VW and BMW.

The cooperation with Volkswagen will, for example, see the factory in Skellefteå deliver the new “standard” cells to the Group. Previous plans to run a factory in Salzgitter together have been scrapped.

Northvolt is also planning a third plant in Sweden to supply Volvo and Polestar and is refurbishing an old paper mill in Borlänge into a gigafactory to produce up to 100 GWh of cathode material as well as battery cells.

And there is, of course, Northvolt Drei scheduled to go online in Northern Germany and near Denmark in 2025. The newly installed 60 GWh will boost Northvolt’s overall battery-cell manufacturing to over 170 gigawatt-hours, among the biggest in Europe.