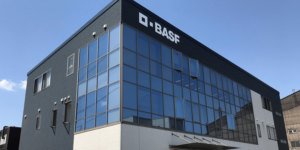 BASF and Toda have agreed on a further expansion of the production capacities of their joint venture BASF Toda Battery Materials (BTBM), founded seven years ago, at the Onoda site in Japan.

Construction work for the capacity expansion in Onoda will begin in the fourth quarter of 2022, according to BASF. Commissioning is planned for the second half of 2024. BASF did not specify the amount of the investment in the expansion. Subsidies from a programme for the expansion of supply chains in Japan from the Japanese Ministry of Economy and Industry will be used – but the amount is also not mentioned.

BTBM’s annual production capacity for high nickel cathode materials is expected to reach up to 60,000 tonnes in 2025, equivalent to 45 GWh of cell production. “BTBM today is a leader for high nickel CAM materials of superior quality and plays an important role in BASF’s global production network for battery materials,” said Peter Schuhmacher, President, Catalysts division at BASF. “This investment at the Onoda site, already one of the world’s largest calcination facilities for CAM, will support our customers’ ambitious growth plans in Japan and worldwide.”

According to Schuhmacher, BASF will introduce an “innovative and patent-protected new production process” in the extension building, which will “enable the highest throughput rates while maintaining the highest quality”. In addition, he said, the investment will help support the growth plans of customers in Japan and around the world.

Shigeru Takaragi, President of Toda Kogyo Corporation, added: “With the further expansion of the Onoda site, we are supporting the Japanese government’s goal of strengthening the local supply chain. Together with BASF, we are combining and mobilizing resources to take full advantage of our synergies to respond to the fast-growing demand for lithium-ion batteries.”

The world’s largest calcination plant mentioned by Schuhmacher was part of an expansion in 2017, when BTBM tripled capacity at its Onoda site. The two companies also have a cooperation in the same field running in the USA.