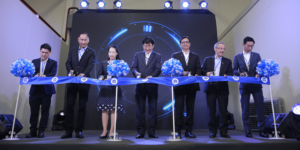 The German testing and certification service provider TÜV SÜD has inaugurated its Battery and Automotive Components Testing Centre in Chonburi, Thailand. This lab further adds to the existing network of 8 battery testing labs spread across North America, Germany and Asia.

The centre was announced in 2019, with a total investment of 13.5 million euros, intended to be the “largest and most modern test centre for Li-ion batteries in the ASEAN region”. At the time, the centre was said to be scheduled to start operations in early 2020. No details on the delay have been provided with the opening announcement.

TÜV SÜD says the centre spanning over 3,000 square metres brings in easy access to global expertise and local know-how to address quality and safety requirements. This includes battery performance & lifecycle and environmental & durability testing. TÜV SÜD has already had a testing centre running in Thailand for the last 10 years at Pathum Thani that the German organisation says caters to safety, quality, security and sustainability requirements.

Ms Patcharada Nawakawongkarn, Director of Regional Investment and Economic Center 4 (Chonburi), Thailand Board of Investment said, “This testing centre is a project that plays an important role in supporting the development of the Thai electric vehicle industry ecosystem. It will also help push Thailand to be a production base for electric vehicles and important parts that aligns with the government’s promotion policy.”

The capital city of Chonburi Province is also to become home to a battery factory from the Florida-based eMobility company Evlomo announced just over a year ago. Around the same time, Evlomo announced its intention to build a DC charging network in Thailand.

The South East Asian country is the largest vehicle production location in the region. The German vehicle development service provider FEV, among others, founded a Thai subsidiary in 2018. Daimler and Asian carmakers such as Nissan, Honda and Toyota have also recently turned to Thailand as a production location.

In May this year, US company ACE Green Recycling announced plans to build and operate a battery recycling plant in Thailand, while the government is pushing forward with both EV subsidies as well as attractive conditions for automotive companies looking to position themselves in the region.