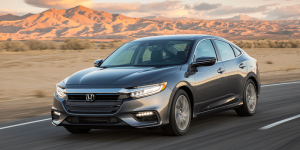 Nissan and Honda have received official permission from the Thai government to produce hybrid vehicles and batteries in the SE Asian nation. They are not the first to open up business there; Toyota, BMW and Daimler area already manufacturing hybrids in Thailand.

Nissan plans to set up a factory in the Bang Sao Thong district to build hybrid vehicles based on their ePower technology, as well as manufacture batteries. Honda will be producing hybrids including their batteries in their factories in Ayutthaya and Prachin Buri.

The Thai regulatory body spoke of an investment sum of 10.96 billion Baht (280 million euro) for Nissan, and 5.82 billion Baht for Honda. These are the first permissions given, after the applications had spent almost a year tabled. According to the regulatory agency, five of eight “applicants” have now received permission to manufacture hybrids and batteries in Thailand.