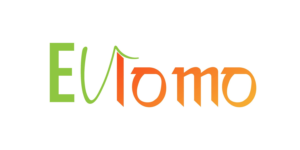 The Florida-based eMobility company Evlomo has announced the construction of a battery factory in Thailand – together with the local company Rojana Industrial Park Public. Evlomo had only recently announced its intention to build a DC charging network in Thailand.

To build the new battery factory, the US company is seeking to set up a joint venture with Rojana Industrial Park Public, 55 per cent of which will be owned by Rojana and 45 per cent by Evlomo. The factory is to be built in Nong Yai in the southern Thai province of Chonburi and will have a final capacity of 8 GWh. Construction of the first phase with 1 GWh is scheduled to begin this year. Evlomo states that the investment volume for the project is up to 1.06 billion US dollars (about 876 million euros).

The batteries from the factory will be used in various electric vehicles in Thailand and overseas. However, the Californian company did not elaborate on whether the factory will produce cells or modules/packs.

Rojana is a Thai company that specialises in the development of industrial areas. Both partners believe the new plant could create more than 3,000 jobs and give local battery production “the autonomy that is critical to Thailand’s ambitious EV plans”.

Evlomo is alluding to the plans that Thailand’s government made public just a few days ago. According to these plans, only purely electric vehicles are to be sold in the country from 2035. As a stage on this path, the aim is for electric vehicles to account for 50 per cent of all new car registrations by the end of this decade – and not 30 per cent as previously planned.

By taking a clear stance, the country hopes to become more interesting for investors as well. Basically, Thailand wants to put its know-how in the production of cars on the line. The automotive industry is one of Thailand’s most important sectors. According to a recent Bloomberg article, it accounts for about ten per cent of the economy and employs 850,000 workers. About half of the cars produced in Thailand are exported to countries such as the Philippines, Indonesia and Malaysia, it said. From being Southeast Asia’s hub for conventional car production, Thailand now wants to become a hub for electric cars – “because we already have the supply chains in place,” Kawin Thangsupanich, an adviser to the Energy Ministry’s national policy committee, recently told Bloomberg.

Evlomo is now such a welcome investor. In addition to the battery factory, the company also wants to set up a DC charging network throughout Thailand and is planning to invest about 50 million US dollars in this. The construction is to take place in cooperation with partners such as the Australian charging station manufacturer Tritium and the EAST Group. The Americans have already founded a Thai subsidiary called Evlomo Technologies to coordinate the project. The company’s goal is to build more than 1,000 DC fast chargers in Thailand over a period of five years.

Incidentally, on the occasion of the charging network announcement, the US company emphasised that one of the reasons it is taking the step into Thailand is because the government is actively promoting electromobility. The Thailand Board of Investment, a government agency under the Ministry of Industry, has initiated a series of new incentives for electric cars and the promotion of local production and supply chain, Evlomo said in early March.

The country’s economic promoters are suitably pleased with the dual announcement on the charging network and battery factory: “The investment will invigorate the EV industry in Thailand. We look forward to Thailand becoming a global hub for the R&D, manufacturing and deployment of advanced energy storage and EV technologies across Southeast Asia,” says Kanit Sangsubhan, Secretary General of Thailand’s Eastern Economic Corridor (EEC) Office.