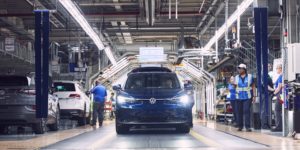 Volkswagen does not specify what the production rate will be at the start of series production. The 7,000 vehicles per month correspond to 1,750 ID.4s per week. The vehicles now in production are expected to be delivered from October onwards, according to VW. Later, production in three-shift operation is to increase to 10,000 units per month, as the then North America boss Scott Keogh had indicated a few weeks ago.

Initially, the ID.4 will only be produced with the large battery, customers will have the choice between the 150 kW rear-wheel drive or the all-wheel drive version – na there is no mention of the ID.4 GTX, it will probably be the 195 kW version of the MEB all-wheel drive. Production of a rear-wheel-drive model with a smaller battery is scheduled to start in 2022. 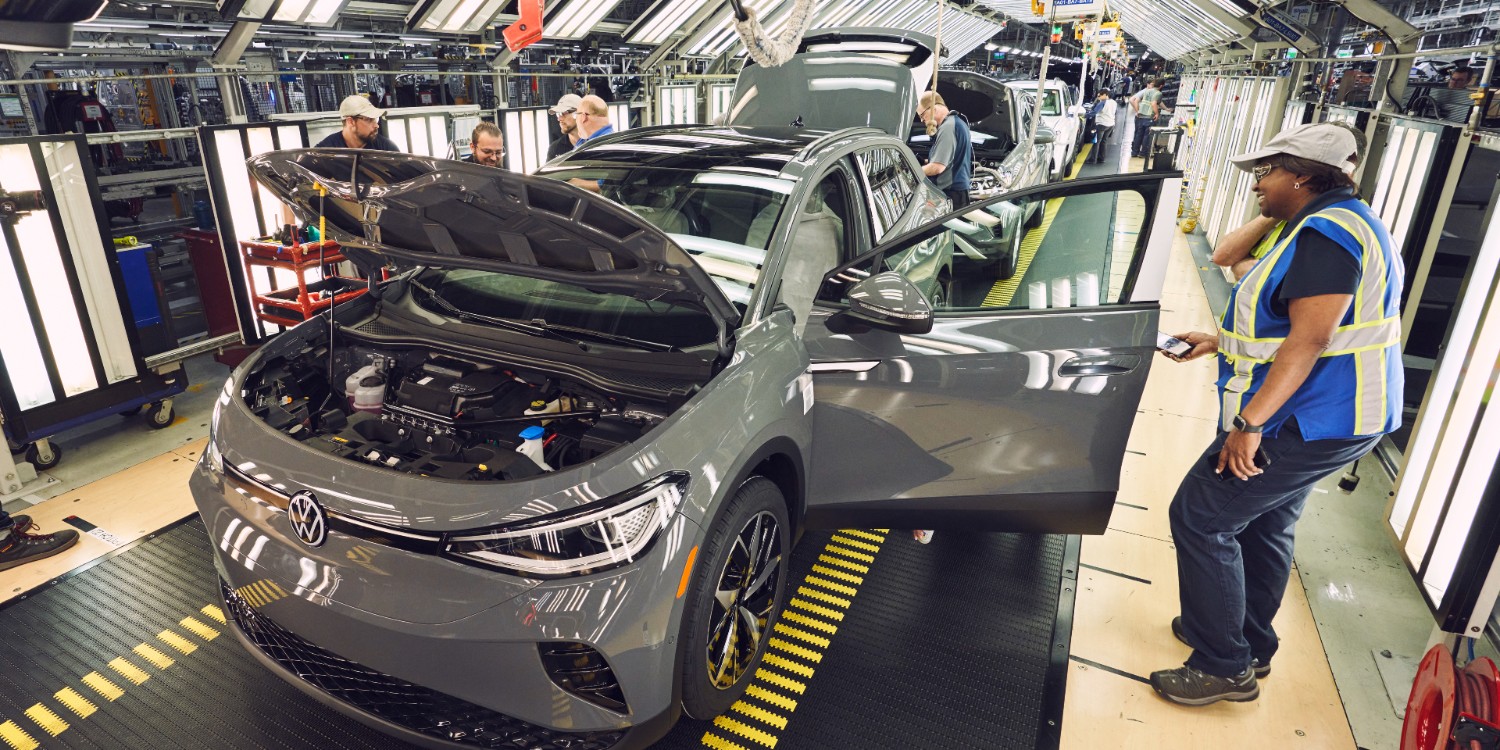 Although the characteristics of the batteries are formally the same, there is one major difference: while the MEB models built in Europe use cells from LG Energy Solution, Volkswagen uses cells from SK On in Chattanooga – the legal dispute over the new SK On plant in the US state of Georgia following a lawsuit by LGES has since been settled, as is well known. VW states in the release that the American-built ID.4 uses materials and components from eleven US states – including steel from Alabama and Ohio, interior parts from Indiana and South Carolina, and electronics components from Kentucky and North Carolina – and just the battery cells from Georgia.

“We’re just starting to write a new chapter for Volkswagen in America, and it is very much an American story,” says Thomas Schäfer, Volkswagen’s new brand boss. “This is another milestone in Volkswagen’s ambitious electrification strategy for the U.S. market and globally.”

By the end of the decade, the Volkswagen Group brands aim to offer American consumers more than 25 BEV models. Among other things, the VW brand is planning a second US plant and also a battery factory for this purpose – details of which are not yet known. Whether the change of management at Volkswagen Group of America and also the change in Wolfsburg from Herbert Diess to Oliver Blume will have an influence on the vehicle electrification plans in the USA is an open question.

Quantum Solutions starts production of the FOMM ONE EV