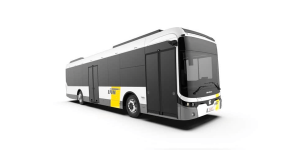 Ebusco has received an order from Barcelona, Spain, for 21 electric buses and charging equipment. Àrea Metropolitana de Barcelona (AMB) expects the Ebusco 2.2 vehicles to take up service in Q2/2023. This is the Dutch manufacturer’s first entry into the Southern European market.

With the contract with AMB in Spain, Ebusco expands the number of countries in which it operates to nine. AMB manages public transport for Greater Barcelona, an urban agglomeration comprising 36 municipalities. The 21 new Ebusco 2.2 buses will be used in urban bus services.

Peter Bijvelds, the Ebusco CEO, said Spain was “one of the target markets in our international expansion strategy as the electric bus market in Spain is expected to grow considerably in the coming years.”

Barcelona is no stranger to zero-emission buses. Operator TMB reportedly wants to purchase 410 buses throughout 2025, over 60% electric and keeps publishing tenders for part lots.

Ebusco has not disclosed further details in today’s announcement other than that AMB opted for the Ebusco 2.2 in a 12-metre version. It comes with LFP batteries, and usually, the packs range in size from 363 kWh to 525 kWh for ranges between 350 and 450 kilometres.

Onto raises $60Mn to bring EV subscriptions to Europe

Royal Mail delivers with 3,000 electric vans coming in on target