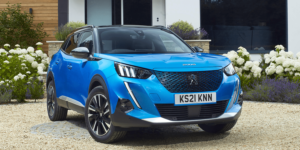 Stellantis has seen global sales of BEV vehicles increase by almost 50 per cent year-on-year to 136,000 units in the first half of 2022. This is according to the company’s recently published figures.

According to the company’s own figures, this puts it in second place in the EU30 market for BEV and LEV sales. Light Electric Vehicles include battery electric (BEV), plug-in hybrid (PHEV) and fuel cell electric vehicles (FCEV), although Stellantis does not offer the latter. The gap with the unnamed leader is less than 1,000 vehicles. In the US market for LEV sales, the company makes it to third place, according to a statement.

As part of its “Dare Forward 2030” strategic plan, Stellantis is known to be pushing ahead with its plans around sustainable mobility. Among all its brands, the company now offers 20 fully electric vehicles. Another 28 BEVs are to be launched by 2024. Stellantis CEO Carlos Tavares underlines the plan: “In a demanding global context, we continue to ‘Dare Forward’, delivering an outstanding performance and executing our bold electrification strategy,” he says. “Together with our employees’ resiliency, agility and entrepreneurial mindset, and our innovative partners, we are shaping Stellantis into a sustainable mobility tech company that’s fit for the future.”

Along with the sales figures, Stellantis also released other data: The company achieved record profitability with an adjusted operating income (AOI) margin of 18.1 per cent. Market share increased 40 basis points year-on-year to 11.3 per cent, with US share up 50 basis points to 11.7 per cent. The Jeep Wrangler 4xe remained the best-selling PHEV in the US with 19,000 units sold in the first half of the year, up 55 per cent year-on-year.

In Europe, the company achieved an AOI margin of 10.4 per cent for the period, up 160 basis points. Meanwhile, EU30 market share fell 190 basis points to 21.2 per cent. Among BEV vehicles, the new Fiat 500 electric sold best in Germany and Italy, while in France it was the Peugeot e-208.

In its announcement, the group also confirmed five battery gigafactories – three in Europe and two in North America. The company plans to work with the specially formed joint venture (with Total and Mercedes-Benz) Automotive Cells Company, Samsung SDI and LG Energy Solution. Only recently, Stellantis and Samsung SDI reportedly signed binding agreements on the construction of a joint battery factory. The plant is to be built in Kokomo in the US state of Indiana and construction is to begin this year. There was also a recent update on the announced battery factory in Canada: The joint venture between LG Energy Solution and Stellantis that is to drive the construction will be called NextStar Energy and will be headed by Danies Lee as CEO.