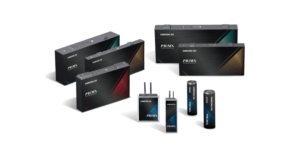 Stellantis and Samsung SDI have signed a definitive, binding agreement to build a joint battery factory. The previously announced plant is to be located in Kokomo in the US state of Indiana, with construction to begin this year.

The new battery factory is expected to be operational from Q1 2025, supplying PriMX-branded battery cells and modules for a range of vehicles manufactured at Stellantis’ North American assembly plants. The initial annual capacity will be 23 gigawatt-hours and will later be increased to 33 GWh.

The joint venture between Stellantis and Samsung SDI will invest more than US$2.5 billion (€2.3 billion) in the plant and create 1,400 jobs. The investment could gradually increase to as much as 3.1 billion US dollars (2.9 billion euros). Construction is expected to begin this year, with production operations starting in the first quarter of 2025.

“Just under one year ago, we committed to an aggressive electrification strategy anchored by five gigafactories between Europe and North America,” said Carlos Tavares, CEO of Stellantis. “Today’s announcement further solidifies our global battery production footprint and demonstrates Stellantis’ drive toward a decarbonized future outlined in Dare Forward 2030. I am grateful to Governor Holcomb and Secretary Chambers along with Mayor Moore, and their teams as well as to all my colleagues for their support and dedication to bring this operation to Kokomo, a city that holds a rich and long history for our company.”

“Our goals for the growth of Indiana’s economy are ambitious,” said Brad Chambers, secretary of commerce for Indiana Economic Development Corporation. “This significant venture with Stellantis and Samsung SDI is squarely in line with our 5E focus on the energy transition and building an economy of the future. Large-scale investments like this are a testament to Indiana’s business-friendly climate, its strong workforce, a growing population and our continued investment in quality of life.”