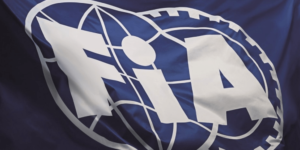 The FIA has approved the engine regulations for Formula 1 from 2026. The electric share of hybrid drives will then increase to up to 50 per cent, and the combustion engines must also run on 100 per cent “sustainable fuel. The new drive regulations pave the way for a possible entry of the VW brands Audi and Porsche.

The regulations now adopted were preceded by lengthy negotiations – initially, the engine regulations were to be adopted as early as 2021 to give the interested manufacturers Audi and Porsche the opportunity to make a final decision with the specifications – more on this in a moment.

The output of the hybrid system – known as the Energy Recovery System or ERS in Formula 1 – is to be almost tripled from the current 120 kW to 350 kW with the new drive units from 2026. This puts the electrical output of the future Formula 1 race cars precisely on a par with the Gen3 cars in Formula E, which will be used from 2023.

FIA is also planning to simplify the entire drive system somewhat. The particularly complex MGU-H, a motor-generator unit located directly on the turbocharger of the internal combustion engine, will be eliminated by 2026, meaning that in the future, there will only be one electric motor (the so-called MGU-K), which will sit between the internal combustion engine and the transmission.

The highly regulated internal-combustion part of the hybrid drive will essentially remain a 1.6-litre V6 gasoline engine with a turbocharger. The motors’ output with the synthetic fuels is between 350 and 400 kW – if a manufacturer remains at the lower end of this range, they would still achieve a 50 per cent hybrid share.

In return, developers will have more freedom concerning the battery cells, which should increase their relevance for series production. There are also specifications on the safety and the recycling of battery materials. On the racetrack, 9 megajoules of energy are likely to be fed into the battery per lap, compared with only 2 MJ so far. This should also allow the increased electric power to be called up for longer.

However, the current engine manufacturers in Formula 1, the two potential newcomers and the FIA were wrangling over details until the end. These included the upper limit for the boost pressure of the turbocharger, the compression ratio of the combustion engine, the material of the pistons and the test bench times, where newcomers are to be given a slight advantage.

However, it is not yet certain whether both Porsche and Audi will get on board in the end. In Porsche’s case, this is likely because the Stuttgart-based company reportedly wants to take a 50 per cent stake in Red Bull Powertrains and not develop the powertrain entirely by itself. At Audi, however, that would (probably) be the case. However, since the regulations had remained undecided for a long time, the board gave no final go-ahead. As a result, it will be months before the corresponding test rigs are ordered and delivered. That would cost even more time.