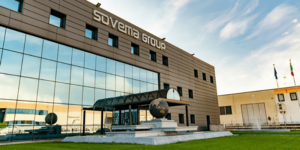 The German press manufacturer Schuler Group has taken over Italy’s Sovema and wants to provide battery cell production systems for the automotive industry and other sectors. The aim is to develop machines and production lines for the mass production of lithium-ion batteries.

The German company has not disclosed the purchase price or further details of the takeover agreement. Schuler already offers production lines for the economical mass production of prismatic as well as cylindrical battery cell housings. According to Schuler, Sovema has made a name for itself “with the construction of corresponding machines for pilot and laboratory projects” in the automotive sector as well as other industries and counts some of the world’s best-known battery manufacturers among its customers.

“With Schuler as owner, we can now combine Sovema’s technological expertise with our know-how in the production of complex lines for the – mass manufacturing of parts and components,” states Schuler CEO Domenico Iacovelli. “This gives us the potential to develop Schuler into a turnkey supplier of technology for the core process steps of cell assembly and cell formation for existing or planned gigafactories dedicated to manufacturing lithium-ion battery cells.”

Schuler is to become the sole owner of Sovema in the future. Sovema has its headquarters in Villafranca di Verona, Italy, and subsidiaries in the USA and China. The group employs around 170 people and recently reported sales of around 50 million euros.