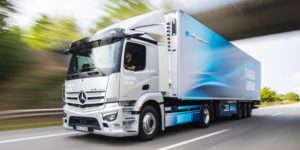 Daimler Buses rejects Euro-7 for city buses and will invest straight into zero-emission technology, according to CEO Till Oberwörder. We report from the Daimler Truck’s panel in Brussels that perfectly reflected the push and pull between the industry, clients, and the EU.

Decarbonising trucks and buses – a topic that used to incur scepticism is accelerating and instilling new hopes for a quick/er transition. Recent studies forecast ZEVs to overtake ICE models in price and usability within the decade. They also must, with regulation about to become specific in the EU Green Deal – but which measures to take is up for discussion.

At Autoworld Brussels last night, Daimler Truck hosted an event with an illustrious round of panellists, including EU representatives and fleet buyers. Titled Zero Emission Trucks and Buses, Daimler had also sent both the CEOs of Daimler Buses and Mercedes-Benz Truck, Till Oberwörder and Karin Rådström, to Belgium to position their companies in the ongoing negotiations.

Both reinforced plans to decarbonise and expressed their ambition to transition to zero-emission vehicles sooner. For this, however, Daimler wishes for regulation to keep up, or rather, spare them Euro 7. We will get to that in a moment.

In her welcoming address, Rådström reiterated the target of decarbonising. “We want to decarbonize up to 60% of the rolling fleet in Europe by 2030, which would correspond to around 40,000 trucks per year.” However, this could work faster.

2027 – 2029 will be gap years, in a way. It is when Euro 7 emission standards, the final regulation for ICE vehicles, will have taken hold. However, the European Union’s ZEV targets and corresponding ICE phase-out are right on the heels. Therefore, Karin Rådström said, Daimler would need to invest one billion euros into development to adhere to Euro 7. “To me, this is a bit funny since I would much rather invest these one billion euros directly into zero-emission technology, which is being phased out anyway.”

Her colleague in the bus business made Daimler’s take even more evident and categorically rejected Euro 7. “We are not going to invest into Euro 7 anymore in the city bus segment,” said Till Oberwörder on the panel. The Daimler Bus CEO had also “strongly advised” skipping Euro-7 in the entire truck world in his welcome address. “We need to see where to put our money and bundle our efforts towards zero-emission.”

This was directed at representatives from the EU present in Brussels, most prominently Daniel Mes. He belongs to the Cabinet of Frans Timmermans in the European Commission and is the VP responsible for the new Green Deal. This European strategy will include new targets for CO2 fleet limits for trucks. So far, CO2 emissions for newly registered vehicles proposed are 15 per cent lower from 2025 than in the comparable years 2019 and 2020; and 30 per cent lower from 2030.

However, a new study by Agora Verkehrswende mirrors Daimler’s assessment that the transition could be faster. Agora advocates bringing forward the 30 per cent target to 2027 and setting a 65 per cent reduction for 2030. Price Waterhouse Coopers had come to similarly optimistic forecasts as reported.

Still, Daimler asked for an approach beyond mere CO2 emission targets. Oberdörfer speaking for Daimler Buses, wants to see “a precise share of ZEV vehicles in the market set by policy market, not a CO2 reduction target because planning security is missing today.”

Mes agreed that, at the moment, there were many proposals and different segments to consider. “We will have a political responsibility that all these proposals match,” he said, adding, “We need a bit more time to prepare this proposal.” The EU Commission member expects a first result within the next few months. 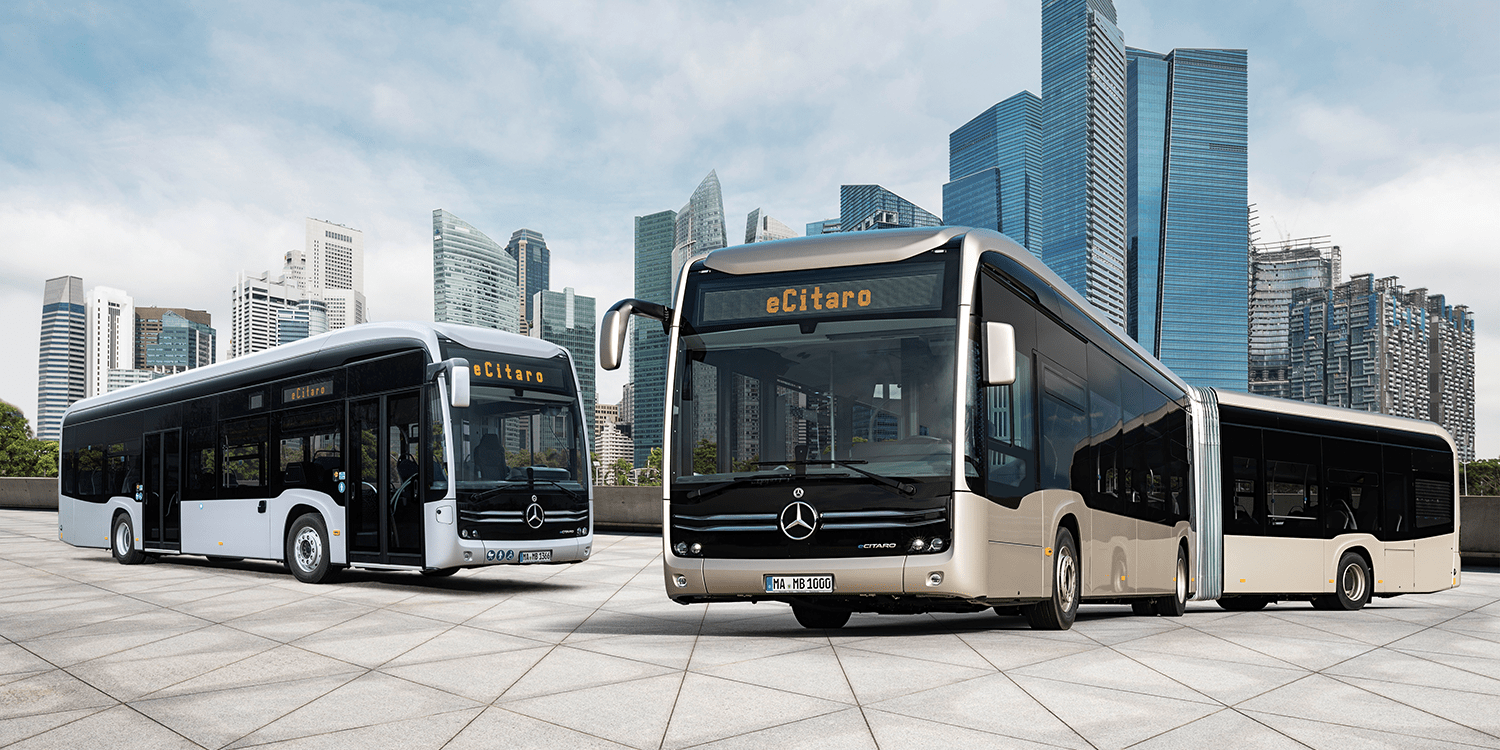 When asked about Daimler’s refusal to invest in Euro 7 in city buses, Mes took it into account, although not directly. “For the buses, you will potentially have to look at which measures will be fitting since this could go a bit quicker,” he said.

On rechanneling the investments straight into ZEV technology, Mes also agreed that “Every euro can only be spent once.” At the same time, the EU needs to ensure “we have the environmental benefits and make sure the investment is going in the right direction.”

Cue in Ismail Ertug, the EU MP on the panel, who’d recently been seen pushing for chargers to be set up every 60 kilometres. He said, “We are working very hard on infrastructure, and I am very positive we will bring this through Parliament.”

As for setting standards, Ertug followed Mes in his take. The VP of the Commission wishes for future-proof installation and for the industry to say, “once we install the charging infrastructure, we make them scalable, so we are prepared for the future”. Present proposals set ultra-high power charging at 350 kW, but both EU representatives assumed the industry was moving, likely faster than regulation.

Politics aside, practically, the transition is underway. Philip Thetens, Head of Technology and Sales at FFG and a Member of Hochbahn Group, is among those who have started early but have to climb higher hurdles with ever-increasing complexity. Hamburg targets fully electrifying the fleet by 2030, and the decision to transition appeared unshakable. “We will invest,” Thetens said. No matter the cost, he might have added. “I’ve heard several times that vehicles are becoming cheaper and cheaper. But that’s not what we are seeing; we need more range.” 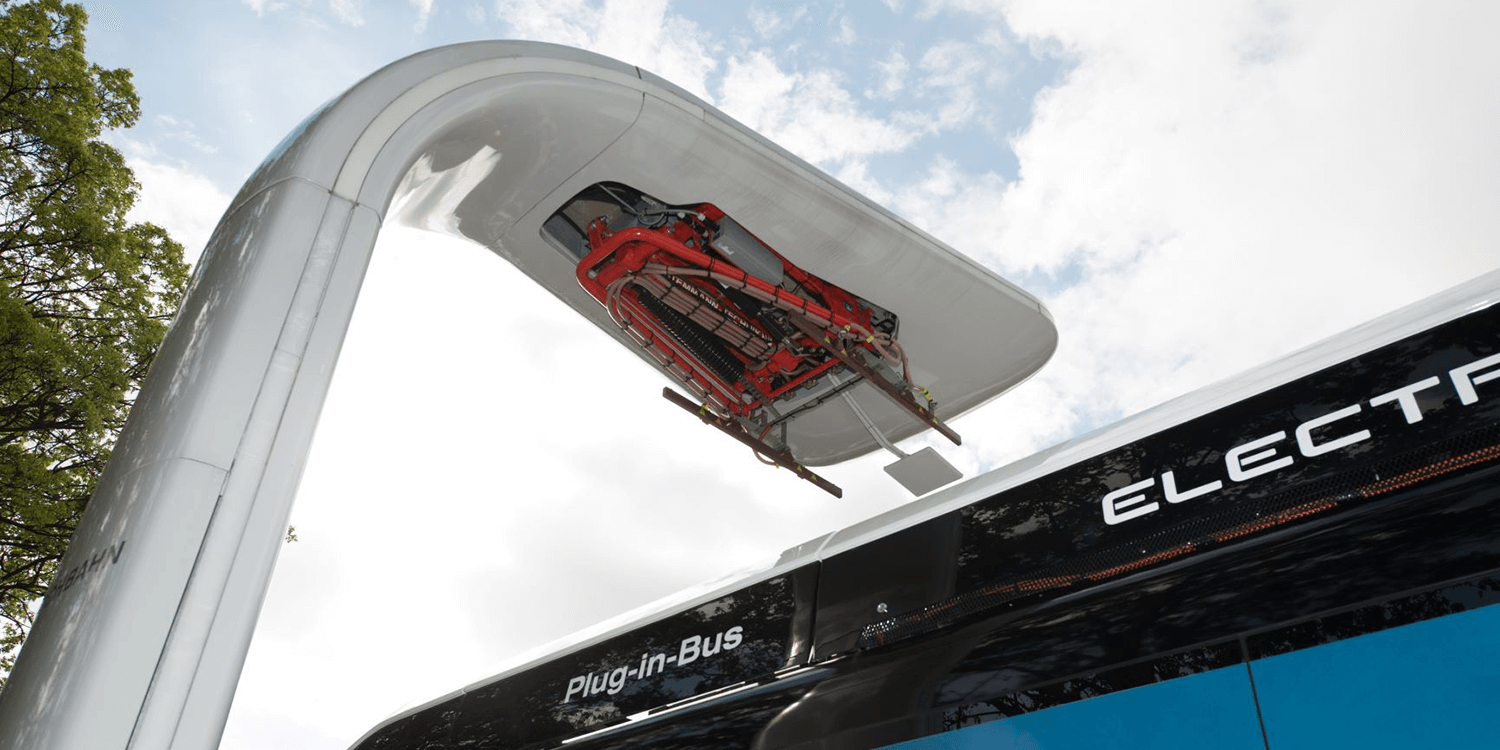 “For us, it is not just a question of TCO,” he added, “but if you are one of the first customers, there are no consultants, so you need to calculate project costs, you need teams to investigate,” to choose the right systems, suppliers and parts. “So the overhead costs are very, very high.”

Thetens also put another problem on the table that had silently underlined the discussion. Not only the number of chargers but the installation is an issue. “If you need a new depot, it is hard to find a place in central Hamburg, and there is also the grid. There are long permission and built times for the grid connections; you need planning times of five years, that is one of our biggest challenges.”

Mercedes-Benz Truck CEO Karin Rådström recalled the same and warned to “not oversimplify the electrification of the depot.” She gave an example from Leipzig, where an unnamed customer wanted to install one charger and had to discuss it with the grid provider and city over six months. Because of these complications, they bought one, not four, electric trucks and installed a slower charger.

So yes, the vehicles and technology are coming, yet an actual transition needs a concerted and focused effort and has to start now. As Daimler Bus CEO Oberwörder summarised, “8 years is not a long time”.

Plus, Mercedes-Benz Trucks aims for 100% electrification by 2040. “We’ve also stated that we want to be completely zero-emission and only selling zero-emission trucks in Europe by 2039,” confirmed Karin Rådström. “I think, these are interesting and great targets, but honestly, if we really worked together, us as producers of these trucks, our customers, the transporters, and you as legislators and politicians, we could actually make it happen much faster than by 2039.”

>> Reporting from the event online.