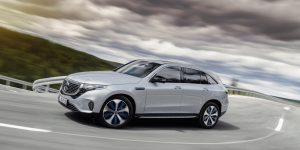 In February, Beijing Benz, the joint venture of BAIC Motor and Mercedes-Benz, announced a recall for the EQC electric model after dozens of owners complained about engine problems. However, it seems that this recall was insufficient, as it has now been expanded.

For the initial recall, around 10,000 EQCs from the production period 30 November 2018 to 15 December 2021 were recalled in China, effective 15 August 2022, as the cooling system in the electric drive module may have been inadequately sealed, which can lead to coolant leaks.

The recall announced by Beijing Benz in February is now being expanded. According to the Chinese State Administration for Market Regulation, Beijing Benz will recall a further 3,345 EQCs from 15 December 2022 and a total of 8,078 units of the EQA and EQB from 1 February 2023.