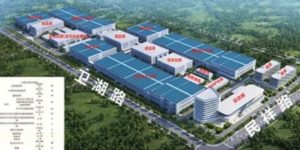 The Chinese battery manufacturer WeLion has closed a series D financing round of 1.5 billion yuan (206 million euros). WeLion intends to invest the capital in expanding its production and research and development activities.

The investors who participated in the Series D financing are reportedly mostly from China. Ten investors are named on a chart, including China’s Mixed-Ownership Reform Fund, China Securities and Hermitage Capital.

WeLion was founded in 2016 and is headquartered in Beijing – but until the Nio deal, the company had little international exposure. In addition to the solid-state battery factory currently under construction, WeLion has four production sites in operation.

Tesla will not be sourcing lithium from Core Lithium