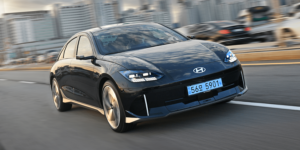 For Hyundai, Norway is the first market worldwide where the manufacturer is realising the switch to battery-electric vehicles. The move was a natural one: In recent years, electric cars already accounted for more than 90 per cent of Hyundai sales in Norway. In 2022, the figure was specifically 93 per cent. From 2020 to 2022, the carmaker said it delivered 25,000 passenger cars in Norway, of which 92 per cent were fully electric.

“We have great faith in our model portfolio, and now that we have launched the all-new IONIQ 6, the time has come to sell only all-electric cars in the Norwegian market. IONIQ 5 and KONA Electric have long since taken positions as some of the most popular cars in the market, and we are confident that our pure electric cars will bring us continued success into the future,” says Thomas Rosvold, Managing Director at Hyundai Motor Norway.

The Norwegian Volkswagen importer Møller Mobility Group also plans to import only electric cars from January 2024. Both players are thus saying goodbye to internal combustion engines earlier than Norway’s government has demanded: From the end of 2025, only purely electric cars will be allowed in new registrations.

2022 in review: Rediscover the most popular articles in each month