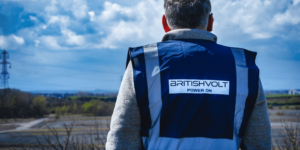 The battery start-up Britishvolt has to file for insolvency and has laid off most of its employees with immediate effect. According to British media, negotiations with several potential investors to save the company have failed.

Britishvolt applied for the appointment of an insolvency administrator on Tuesday, write the Guardian and the BBC. The auditing firm EY will take on this task. It will now value the company’s assets in order to pay creditors and then wind up Britishvolt’s business.

As there is already talk of winding up the company, the likelihood of the planned battery factory in Blyth actually being completed is currently rather low. Especially since the majority of the company’s approximately 300 employees were immediately laid off.

Reports of a difficult financial situation at Britishvolt had been circulating for months. In August, founder and CEO Orral Nadjari withdrew – officially to clear the way for the “next phase” of the project. However, the Guardian reported in the summer, citing an internal presentation, that construction work on the Blyth site would be severely curtailed until February to minimise spending due to a lack of funding. Then, when the British government refused a £30 million funding advance at the end of October, indications grew that Britishvolt would soon have to file for bankruptcy. In early November, the company was able to secure “the necessary short-term investments”. But Britishvolt itself stated that even with a voluntary pay cut for November, this was only a stop-gap measure.

Even when Britishvolt was prepared to sell the majority of its shares to investors this January, this apparently did not finally convince potential financiers. The sums involved are not known, however. The total construction costs for the cell factory have so far been put at 3.8 billion pounds (currently 4.33 billion euros). As the Guardian now writes, one of the possible investors was the British-based private equity investor DeaLab, which, together with the metal company Barracuda, probably wanted to inject up to 160 million pounds. But a consortium from Indonesia was also part of the negotiations.

Unnamed sources told the British newspaper, however, that the existing investors, who were trying to secure their previous financial stakes, had been closer to a deal than the new interested parties. What is clear is that no agreement has been reached with any of the parties.

EY already announced that the company had entered insolvency “due to insufficient equity investment for both ongoing research and development of its sites in the Midlands and the North East of England”. Up to 3,000 jobs were to have been created at the plant.

For the British government’s eMobility plans, the likely end of the project is a major setback. Without Britishvolt, the only plans left are those of the Chinese company Envision AESC to build a large battery factory next to the Nissan plant in Sunderland. This is to supply battery cells not only to Nissan but also to other carmakers – such as Jaguar Land Rover. Jaguar Land Rover’s owner, the Indian Tata Group, recently announced that it was considering building a European battery factory, which would make sense in view of the JLR plants, especially in England.

A reaction from Britishvolt’s previous partners, such as Lotus, Aston Martin or the German engineering company Manz as a supplier for parts of the production technology, is not yet known.