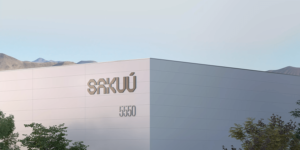 Sakuu says it plans annual production capacities of 200 GWh for lithium metal and solid-state batteries by 2030. Porsche Consulting is to undertake the planning of a reference large-scale factory for the US company with a sustainable setup and maximum production efficiency, which “can be efficiently replicated at various locations around the globe”, as Sakuu puts it.

While the first plant will support the production of lithium metal batteries, Sakuu plans to use its ‘Kavian’ platform solution to produce 3D-printed solid-state batteries at subsequent production facilities. According to earlier information, the self-developed printing process is in principle also suitable for other industries, but the company sees the greatest leverage in battery production. According to the company, various additive manufacturing processes will be combined. For example, “completely different materials” can be sprayed onto the powder bed in a single layer. In addition to ceramics and metals, the process also uses a carrier material developed by Sakuu called PoraLyte. This carrier material is supposed to enable the “simple and fast” 3D printing of components with cavities without brittle ceramic layers.

Currently, Sakuu operates two facilities in Silicon Valley: a pilot line for solid-state batteries and an engineering centre. Sakuu says the latter centre will enable it to scale its 3D printing battery platform. The company has not yet made public how it plans to finance the Gigafactory offensive. What is known is that Sakuu raised $62 million in a financing round in early 2022.

Gregor Harman, CEO of Porsche Consulting North America, is “thrilled to become an integral part of Sakuu’s journey as it embarks on building gigafactories that break all norms in commercial-scale energy manufacturing.” “Their seminal and scalable additive manufacturing approach can bring incredible innovation to major industries transitioning to new energy solutions— automotive and beyond,” he added.

Porsche Consulting was founded in 1994 from the car manufacturer’s internal consulting unit. Today, the company offers consulting services in the areas of production and logistics, procurement and quality, research and development, corporate development, sales and marketing, human resources and culture, and finance. The Porsche subsidiary has 840 employees at a dozen locations in Germany, France, Italy, the USA, Brazil and China. In 2021, Porsche Consulting generated sales of 212 million euros, according to its own figures.

Nanotech to set up battery production the UK