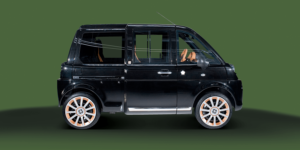 Fox e-mobility to revive the Mia 2.0

Plans for the market launch of the Mia 2.0 electric car are being revived. After announcing last year that production of the small car would start at the beginning of 2020, production is now planned for the first quarter of 2023.

The plans of the Swiss manufacturer Fox Automotive to produce a new version of the Mia electric car are becoming more concrete. Fox Automotive has set up a subsidiary in Hungary for this purpose, which will be headed by Ekkehard Philipp as CEO.

Much ado about Mia: An anonymous buyer purchased all of Mia Electric’s assets for just 800,000 euros. The French EV maker had previously been bought by a consortium for 1.3 million euros, but the sale was declared void. The court suspected a fraudulent buyback by former Mia boss Michelle Boos.
automobile-propre.com (in French)

Hybrid double: Motoring says it has additional details about BMW’s and Toyota’s joint sportscar project “Silk Road.” Quoting insiders, the site reports that both sports cars will be based on the BMW i8 platform, and contrary to previous reports, will both feature plug-in hybrid technology, which will be provided by Toyota and not BMW.
motoring.com.au

Prius plug-in with 35 mile range? Referencing inside information, Green Car Reports writes that the next generation of the Prius plug-in hybrid will be able to drive electric for 30 to 35 miles on one charge. The new Prius will become available this year, with the PHEV variant to follow about one year later.
greencarreports.com

Hybrid two-wheeler from Suzuki? If we believe its recently filed patent, the Japanese manufacturer is working on a motorcycle featuring a hybrid drivetrain and semi-automatic transmission. According to the description, the bike could also drive purely electric.
motorcycle.com, indiancarsbikes.in

Tesla goes with silicon: In its newly announced 90 kWh battery pack, Tesla will also use silicon for the anode of the Li-ion battery cells, allowing for more capacity without increasing battery size. Moreover, Tesla believes it will be able to increase the range of its EV models by 5 to 10 percent every two years.
qz.com, forbes.com

iCar rumour update: Media reports that Apple hired Doug Betts, the former head of global quality at Fiat Chrysler and an expert in auto manufacturing. That of course fuels rumours that Apple wants to build its own EVs in the future.
appleinsider.com, venturebeat.com

Mahindra hybrid to come: The hybrid variant of the XUV500 which Mahindra presented at the New Delhi Auto Expo earlier this year (we reported), will go into production and is set to launch in India by 2015. As the concept before, the hybrid SUV will combine a diesel engine with an electric motor.
indianautosblog.com

Mild hybrid by Kia: The Korean manufacturer has unveiled its Optima T-Hybrid concept set to debut in Paris. The mild hybrid, as Kia classifies it, marries the company’s 1.7-liter turbodiesel engine with a small electric motor and a 48 V lead-carbon battery.
worldcarfans.com, puregreencars.com

Mia to be revived: In an auction, all assets of the insolvent EV manufacturer Mia Electric have gone for 1.35 million euros (1.7m dollars) to ‘Mia Génération.’ This consortium of Focus Asia, Kokam and Fulmen plans to restart production by mid 2015 and keeps aiming at an electric car for less than 10,000 euros. In the meantime, Mia drivers can get spare parts via GoElectrix.
autoactu.com, liberation.fr (both in French)

Porsche Cayenne S: Ahead of its debut at the Paris Motor Show, the German carmaker issued pricing of its latest plug-in model, the Cayenne S E-Hybrid. In the States, Porsche’s third semi-electric car will start from 76,400 dollars and is set to launch by November nationwide.
insideevs.com

Corvette electrified? Car and driver is looking at what the next generation Corvette might look like, as GM’s head of global product development, Mark Reuss, just confirmed that Chevy is working on it. The magazine expects the C8 to be electric, as least partially, as this would be GM’s only chance to comply with carbon emission regulations by 2020.
caranddriver.com

Mia Electric revival? Apparently, four parties are interested in taking over the bankrupt French electric car manufacturer. The battery producer E4V as well as NSD2 and the 4H Holding all expressed their interest. Furthermore, a group of German companies bid for Mia Electric as ‘Mia Generation.’ Offers can be handed in until May, 5th at the commercial court of the Poitou-Charentes region, France.
afp.com, avem.fr (both in French), emobilitaetonline.de (in German)

Qoros to become electric: In an exclusive interview with the German Wirtschaftswoche, Qoros CEO Volker Steinwascher announced plans to export the brand to Germany by 2016. Furthermore, Qoros is working on an SUV which could be turned into a hybrid or electric version at a later date.
wiwo.de (in German)

Peugeot electric bicycles: Anthony Ingram took his chance at a Peugeot press event in France to take a trip into the world of pedal-powered electric two-wheelers. He found that Peugeots’s AE21 and CE21 offered a very different riding experience, while using similar technology and concluded it is worth to “shop around” before buying a pedelec.
greencarreports.com 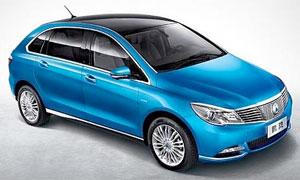 Denza to remain in China: In an interview with the German daily Die Welt, CEO Arno Röhringer specified the strategy for Daimler’s and BYD’s electric model. The Denza will be launched by September in Shenzhen, Beijing and Shanghai before being rolled out in other mega cities like Guangzhou, Hangzhou and Tianjin. The car will remain in China however, and will not come to Europe as it has been specifically developed for its land of origin.
welt.de (in German)

Meet the new Prius: Or at least take a look at this rendering by ‘Car Sensor’ that shows how the next generation could look like. The new 2016 model of the hybrid classic is expected to come out next year and will be built on Toyota’s TNGA platform.
indianautosblog.com

Quick spin: Steven J. Ewing had high hopes when trying the Lexus CT 200h F Sport as he thought that the “added dose of sportiness” could only mean more fun. However, after taking the hybrid for a ride, the concept just did not “make a whole lot of sense” to Ewing anymore.
autoblog.com

Tesla eyes Arizona and it seems as the U.S. state is considering a compromise in return. The reason – the electric car giant is considering opening its Gigafactory there. Along with Texas and New Jersey, Arizona had banned Tesla from owning its own retail stores, a ruling it might now reverse. And while Tesla is also considering building in Texas, no word there about lifting the ‘Tesla-ban.’
greencarreports.com, hybridcars.com (why Tesla should be allowed to sell own cars)

Twizy Cargo priced: The latest addition to the Twizy family will be available starting at 8,080 euros (11,140 dollars) in France. The battery rental begins at as low as 50 euros (69 dollars) per month, depending on the contract period. The EV is clearly aimed at businesses, featuring a 180-litre/75-kilo boot instead of a backseat.
electriccarsreport.com

Mia Electric is dead: Motor Nature takes a look at the the recent developments at Mia Electric and tries to explain why Mia will eventually disappear whilst electric cars turn into a mature market. Is it just a sad story or also a good sign?
motornature.com

Mitsubishi starts ‘Green Mobility’ campaign: The i-MiEV (which sounds like the German word for ‘smelly’) will be sold under the new name Mitsubishi Electric Vehicle. The EV will also be tagged with a lower price, starting at 23,788 euros (32,780 dollars). Overall, the Japanese car manufacturer wants to focus on cars with alternative drives in Germany. The highly anticipated Outlander Plug-in will be launched there in May.
kfz-betrieb.vogel.de (in German)

Formula E Driver’s Club grows: Four more drivers have signed up to be among the possible drivers of the Formula E Championship. Jarno Trulli, Nick Heidfeld and Jérôme d’Ambrosio, all three of which have competed in the Formula One join the pool, as well as Sam Bird, who came second in the GP2 series last year.
green.autoblog.com

Plug-In AWD Mini? BMW sources say, that there will be a plug-in hybrid all-wheel drive version of the 2016 Mini Clubman. The drivetrain would combine the rear wheel setup of the i8 with the hybrid engine seen in the Active Tourer hybrid concept back in 2012.
motoringfile.com, electric-vehiclenews.com

Miniature hybrid by Daimler? According to Bernhard Heil, Daimler’s head of engine development, the manufacturer is thinking about developing a three cylinder hybrid powertrain. It would only be used in vehicles with front-wheel drive, like the A- or B-Class.
caranddriver.com, just-auto.com, hybridcars.com

The end for Mia Electric: The Niort Commercial Court has initiated liquidation procedures for the French EV manufacturer. In February, Mia was placed under judicial reorganisation (we reported) but was unable to raise the necessary funds to stay in business. Since mid-December, no car had rolled off the assembly line there.
lepoint.fr (in French), avem.fr (in French)

Tesla eyes Indian market: The company’s chief financial officer, Deepak Ahuja, sees the country as a huge opportunity, saying Tesla could enter the Indian market as soon as next year. Moreover, he believes that the upcoming Model X in particular could be a huge success there.
economictimes.indiatimes.com, indianautosblog.com

VW E-Golf and Golf GTE in Berlin: The car manufacturer is currently presenting the battery electric and hybrid plug-in versions of the famous Golf at its “e-mobilty weeks” in the German capital. Greencarcongress takes a closer look at the two stars of the show, listing technical details such as battery output or regenerative braking settings, as well as availability and pricing.
greencarcongress.com

Driving the Ford 2014 C-Max Hybrid: Jeff Cobb describes it a “solid package, progressively styled, with high utility and quality of build.” He also likes that it can be driven “at a brisk pace.” He does take points off for mpg, saying that it is hard to hit the manufacturer’s fuel economy rating of 43 mpg combined. The C-Max is offered as a hybrid only in the U.S., whereas Europeans can only choose between conventional drivetrain options so far.
hybridcars.com

Mia Electric undergoes judicial reorganisation: In the coming six months, the French e-carmaker will be under the watchful eye of the insolvency courts. But Michele Boos, head of Mia Electric, is not ready to throw in the towel. She wants to continue pushing the all-electric car in France and hopes to produce some 200 vehicles per month in 2014.
transportevolved.com, lepoint.fr (in French)

Wanxiang Group wins Fisker-bid: The Chinese company won the bankruptcy auction to buy the remaining Fisker assets. Wanxiang has bid 149.2 million dollars, of which the company will pay 126.2 million in cash. The U.S. Bankruptcy Court is expected to approve the bid tomorrow.
electriccarsreport.com

Parked Tesla catches fire: A Model S burst into flames while parked in a garage in Toronto, Canada. The car was not being charged at the time. Moreover, the battery and charging infrastructure remained intact. Tesla says it is examining the incident.
businessinsider.com

Kia Provo premiers in North American: After it had been shown for the first time at Geneva last year, the hybrid concept car is now on display at the Canadian International Auto Show (CIAS). It features a gasoline-fuelled turbocharged engine assisted by an electric motor and was designed for “pure fun” and “is a game changer in the B-Segment,” so the carmaker.
hybridcars.com

BMW van on display in Geneva: It is time for the Bavarian carmaker to show the production version of its new compact van. Unveiled as a plug-in hybrid concept at Geneva 2012, it is highly likely that the plug-in drive will make it into production as well. The 2 Series Active Tourer will start with petrol and diesel engines when starting in September this year.
focus.de (in German)

The greenest of them all: According to Automotive Science Group, the Nissan Leaf has the lowest carbon footprint, taking into account i.e. materials, assembly, and end-of-life recovery. A complete study of 1,300 vehicles sold in North America will be released this spring.
greencarreports.com