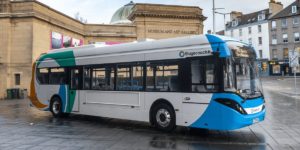 UK public transport operator Stagecoach has announced plans to introduce the UK’s first all-electric city bus fleets in two Scottish cities in late 2022 and 2023, respectively. The company is investing over 14 million euros in this endeavour. 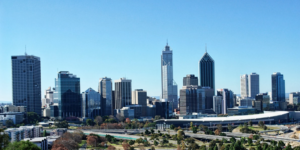 EV leasing in China: Jinqianchao Electric Vehicle Leasing Service launched a leasing scheme for electric cars in Shenzhen, offering 100 EVs supposedly at half the price of other leasing companies. The company plans to expand to other Chinese cities like Qingdao, Jinan and Linfen from August.
wantchinatimes.com

Electric taxis for Uruguay: Uruguay’s capital Montevideo has taken delivery of four electric taxis from BYD, which are said to have a range of 350 kilometers (217 miles) on a single charge. The province, most of which is covered by the capital city, plans to issue up to 50 new electric taxi permits.
evwind.com (in Spanish); foxnews.com

Electrification in India: To find out the cost of operations and practical feasibility, the Indian government will start road trials with 30 electric buses in selected cities across the country soon. Meanwhile, Indian delivery startup Roadrunnr plans to bring 100 electric scooters on the streets this month.
timesofindia.com (electric buses), economictimes.com (electric scooters)

No hybrid buses for Perth: The Australian city will replace its fleet of 32 buses with new diesel buses. A diesel-electric hybrid bus had been trialled, but was considered too expensive.
busnews.com.au

Eight to enter the USA: The German manufacturer of modular solar charging stations has entered a distribution agreement with Zam Energy. The company from Colorado will distribute and market Eight´s Point.One and Point.One S charging stations in North America.
automotive-business-review.com

EV tax: Wisconsin is pondering the idea of charging electric and hybrid car owners 50 dollars annually under a road funding proposal. Since 2005, the state has seen a 1,000 percent increase in electric and hybrid vehicles, a trend environmentalists fear could be weakened by the backward proposal.
sfgate.com

Electric cabs in Edinburgh: The Scottish capital has lifted a ban on electric taxis dating back to 2006, now making their use possible. The previous legislation was based on the assumption that EVs would not ensure reliability although the city itself already operates a fleet of nine fully electric cars.
edinburghnews.scotsman.com

Semi-private EV initiative: Premier Cabs from Blackpool is seeking planning permission from the council for eight fast charging stations. The company plans to introduce 12 Nissan Leaf cabs by January and is investing half a million pounds. In the future, the chargers might become publicly available.
blackpoolgazette.co.uk

Building the future: In Perth, Australia, a 19-level apartment complex is to be build. Construction is set to start mid 2015 and is said to take three years. The finished building will accommodate 20 bicycles as well as two shared electric cars for residents.
perthnow.com.au, heraldsun.com.au