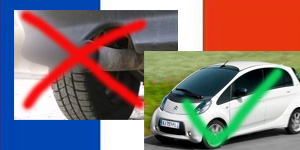 France to extend diesel scrappage scheme: French ecology minister Ségolène Royal has announced that the bonus of 10,000 euros for the purchase of an electric vehicle in exchange for the abandonment of a diesel vehicle older than 15 years will be extended to diesels over 10 years, The government also calls on automakers to develop an electric car in a purchase price range of 5,000 to 8,000 euros.
chb44.com

VW Phaeton to go all-electric? The next-gen VW Phaeton, which should hit the market late next year, will be axed as part of Volkswagen´s cost-savings measures due to the emissions scandal, according to German magazine Der Spiegel. However, an electric version is reportedly under discussion.
spiegel.de (in German)

Audi Q5 spotted: New spy shots have emerged, showing a prototype of Audi´s second-generation Q5 SUV, which will go on sale next year. The new Q5 is believed to be offered as a plug-in hybrid combining a petrol engine with two electric motors.
autocar.co.uk

BYD shows off new e-buses: At an event in Guangzhou, BYD has presented two more electric bus models. The BYD C6 has 22 seats and can go up to 210 kilometers (130 miles) on a single charge, while the BYD C8 seats 45 passengers and offers a range of 170 kilometers (105 miles).
yibada.com 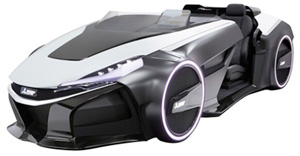 New electric Mitsubishi concept: Mitsubishi Electric introduced its Emirai 3 concept car, which is based on the Emirai 2 electric car from 2013. The futuristic new version features next-gen driving-assistance technology and will be exhibited during the Tokyo Motor Show.
slashgear.com, trendhunter.com