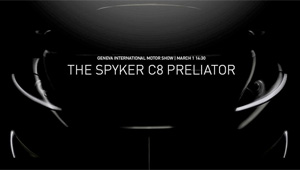 GM to launch Chevy Bolt as Opel Ampera-e in Europe in 2017.