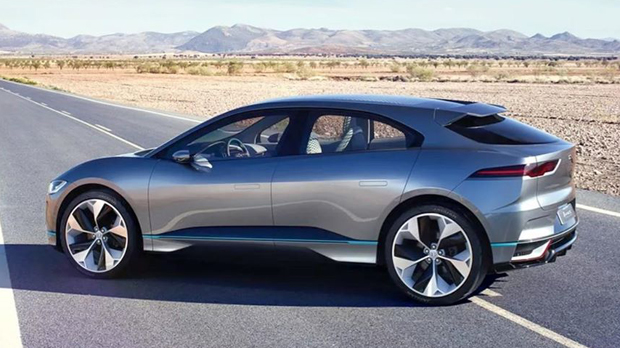 Jaguar EV unveiled: The British carmaker as lifted the curtain on its first all-electric model, the i-Pace, at the LA Motor Show. The design is exactly what one would expect from a Jaguar. The 36 modules of the 90kWh Li-ion battery pack sits between two axels and allows for a range of 300 miles (500 km). The two rare earth magnetic electric motors deliver 300 kW and 700 Nm of torque. The i-Pace can be charged with 50 kW using CCS – possible 150 kW when production kicks off.
autoexpress.co.uk, digitaltrends.com

Audi has big electric plans for China: As part of the longstanding joint venture FAW-Volkswagen, the German carmaker is looking to introduce five locally produced e-tron models in China over the course of the next five years. That will include all-electric cars with more than 500 km of range, since Audi wants to offer at least one China-build EV in all volume segments. Moreover, Audi is considering working with SAIC in the future.
automotiveworld.com, volkswagenag.com

Price hike in the U.S.: Tesla is adding an extra 2,000 dollars to the price tag of it Model S 60 from next Tuesday, increasing the base price from 66,000 to 68,000 dollars. Considering the 60 variant was only reintroduced in June, some speculate that the “old” pricing was put in place to boost sales and reach sales targets.
insideevs.com, autoblog.com

Long range Ioniq EV: Hyundai will introduce its purely electric newcomer in Europe early next year, promising 200 km of range. At the same time, the South Koreans are already planning an Ioniq with a bigger battery for 2018, allowing the EV to go 320 km on one charge.
autonews.com

NextEV teased: The Chinese start-up will take the wraps off its hypercar next week, already giving us a little taste of what’s to come. At least in terms of headlight design. The EV could boast as much a one MW of power.
autocar.co.uk

Toyota C-HR tested: The drive is “forgettable,” Autocar writes in its review of the Toyota five-door hatchback. Still, the design is said to conquer the hearts of Europeans, as the Japanese expect to sell some 100,000 units per year on the old continent. After all, it’s “all of those Prius characteristics” repackaged, so the driver looks like “somebody with, y’know, an active lifestyle.”
autocar.co.uk