GM’s electric strategy for China: In the following three years, the American car giant intends to launch at least ten EV and PHEV for the Chinese market, said GM’s China CEO Matt Tsien in the course of the Shanghai Motor Show. He thus joined the rest of the carmakers in their electric promises made in the light of expected new energy quotas by the Chinese authorities. GM calculates with a sales potential of 150,000 electrified vehicles until 2020 and up to half a million until 2025. First aim is to start production of an all-electric model in the Asian-Pacific region within the next two years.
detroitnews.com, apnews.com

Is this Audi’s EV no. 3? Rumours about a new luxury heavyweight above the A8 are persistent and have received some extra fuel through Auto Zeitung. The report speaks of a possible A9 that might emerge 2020 under the label C e-tron – thus being the third in Audi’s electrical line-up. Although sources are missing, the article assumes that the four-door coupé will be based on Q6 and Porsche’s Mission E and could be launched in three versions with 265, 320 or 400 kW.
autozeitung.de (in German)

Mercedes with updated S-Class: The German carmaker has face-lifted its top-of-the-line sedan. The updated version of its S-Class is supposed to hit the roads in July and will be available as well as PHEV version with a battery capacity of 13.3 kWh and an onboard 7.2 kW charger.
greencarcongress.com, hybridcars.com 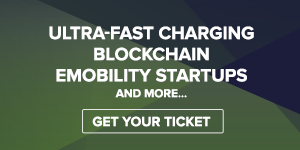 Be part of the international event for emobility solutions on May 17 and 18 in Berlin. Only four weeks to go. Experience excellent speakers, international guests and the latest emobility trends – from blockchain to ultra-fast charging. Meet experts from BMW, ChargePoint, Daimler, Evopark, innogy, McKinsey, Uber, Volkswagen and many more.
www.intercharge-network-conference.com

Serial style of I-Pace at the IAA: Jaguar wants to unveil the production version of its I-Pace in September at the IAA before starting sales next year, Auto Express has learnt. The final design of Jaguar’s first EV shall correspond to 80% to the concept car presented in Los Angeles last year.
autoexpress.co.uk

Jeep shows plug-in: The Yuntu Hybrid has been revealed in Shanghai and was designed for China. Still no details on the actual drive of the seven-seater PHEV have been released.
motor1.com

Tesla recalls 53,000 Model S and X as they are equipped with a faulty gear in the parking brakes. According to the carmaker, the issue was caused by a third-party supplier and could end up in problems to release the parking brake. The recall affects vehicles launched between February and October 2016.
electrek.co, insideevs.com, teslarati.com