JLR electrifies Range Rover Sport: For the first time, Jaguar Land Rover adds a PHEV to its line-up: The Range Rover Sport family will get a new plug-in hybrid member called P400e. The new model couples a 300 PS gasoline engine with a 85kW electric motor and a 13.1 kWh battery, reaching a maximum range of 50km in an electric-only modus. The UK order books are open by now. Pricing starts at 70,800 pounds with first sales planned in the beginning of 2018.
electriccarsreport.com, greencarcongress.com, autocar.co.uk

First spy shot of Tesla’s truck: Several websites have published a photo showing Tesla’s electric truck Semi for the first time more or less completely. The picture has been taken at a circuit in California where the EV maker regularly tests its vehicles. The truck’s official presentation is due at October, 26th, after having been once postponed.
electrek.co, teslarati.com 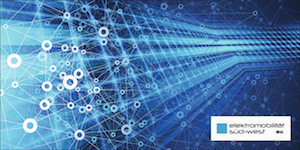 Cluster Electric Mobility South-West with strong presence at EVS30: The Cluster Electric Mobility South-West is one of the most important networks for the mobility of the future, pooling effectively the competences of industry and science. The network consisting of more than 125 partners is managed by the State Agency e-mobil BW. On October 9-11, 2017 the leading-edge cluster will be present at EVS30 with numerous contributions in the conference programme as well as in the exhibition. Get in touch with us in Stuttgart, Germany. Programme (PDF). www.e-mobilbw.de

Ford to reconsider EV strategy for China? The American carmaker is about to realign its EV business, shifting together with its JV partner Jiangling Motors Corporation (JMC) further towards electric transporters and trucks, according to Reuters. Main reasons are the impending ban of combustion-powered cars in China and the fact that no other foreign manufacturer has yet put detailed plans on the table to enter the potentially lucrative Chinese electric utility vehicle market.
reuters.com

Israel continues „green taxation“: The country’s government agreed on keeping its lower purchase tax rate on electrified vehicles until at least late 2019. Instead of a 83 percent tax rate, HEVs and PHEVs are taxed at 30 percent, fully electric cars just at 10 percent. The reductions are valid since 2009 and serve as incentives for the country’s population.
bna.com

JV trio to get another partner? After Toyota, Mazda and Denso have founded a Japanese EV alliance based in Nagoya, Suzuki seems to be interested to join the JV, too. At least that is what Kyodo News reports referring to sources that do not want to be named. Suzuki has a major presence in India but faces more and more problems to meet tightening emission standards around the world.
english.kyodonews.net

Big Number of Reservations for Bollinger B1.