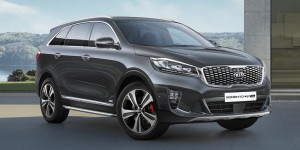 The South Korean carmaker wants to serial produce its first FCEV by creating a follow-up model with fuel cell drivetrain of its SUV Sorento, according to Business Korea.

Kia developed already fuel cell concepts based on its Sportage and Mohave models in the past but never approached serial production. That will change in 2020. Just as its bigger affiliate Hyundai, Kia plans to launch an edition of 4,000 models. Further details have not yet been provided.

As reported, Hyundai has presented its latest fuel cell SUV in August and intends to kick-off sales as early as 2018. The new model is considered as next generation of Hyundai’s ix35 Fuel Cell.
businesskorea.co.kr