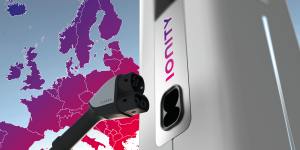 Audi took the occasion of the Nordic EV Summit in Oslo to map out all 400 planned stations of the high-power-charging network Ionity. Set up by mayor carmakers, they started work on the first 20 stations last year and plan to hit a total of 100 stations in 2018.

It is the first time that Ionity laid out the actual plan for its ultra-fast charging network. It is a combined effort by BMW, Daimler, Ford, Volkswagen, Audi and Porsche to establish a Pan-European High Power Charging (HPC) Network.

The new map not only shows the planned 400 HPC stations in Europe, but a planned expansion to the States as well with another 290 sites to be established.

Things first got started when Porsche opened a test site in Berlin that electrive.net witnessed. Later last year, we also discovered another new HPC site, this time in Danish Aabenraa directly on the Danish E45 motorway. And many more sites are to be set up. With 400 stations planned until 2020, Ionity has to hurry up a bit. So much so that they want to install 100 stations throughout 2018 with roughly six charge points on site each. 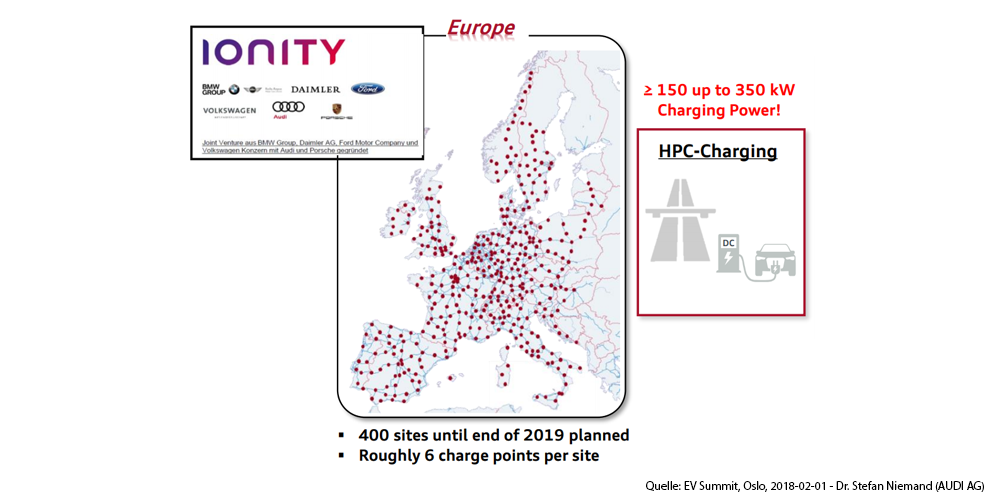 The stations will be installed along motorways as the idea is to enable long distance travel across Europe. According to Audi’s presentation in Olso, fast-charging is a “buy or no-buy criteria.” Clearly, Tesla’s Supercharger network comes to mind here.

Most HPC stations will load faster than Tesla’s 120 kW though. The HPC stops will likely start with 150 kW, or 800 V in Porsche’s world, where the Mission E is to become availably by next year. They stations come however ready to go up to 350 kW once cars will be capable to swallow that fast without overloading the battery.

Audi’s first electric SUV, the e-tron quattro will arrive a few weeks earlier that the Mission E even and may be the very first electric car to take full advantage of Ionity’s HPC network. In the presentation at the EV summit in Oslo, the e-tron was shown with a charging rate of 320 kW.

In the States, Ionity plans 290 sites by 2020 with the roll-out to continue throughout 2026. Volkswagen’s Electrify America subsidiary will serve as a catalyst.