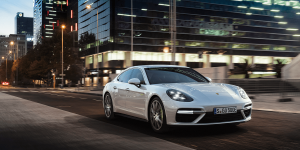 Porsche has axed all diesel variants, namely the Macan and Panamera officially and with immediate effect from production. The firm points to traditionally low demand for Porsche diesel cars and to growth in the electrified segment into which the carmaker is increasingly invested.

Porsche’s lineup is devoid of diesel from now on and will stay so in the future as both the Macan and Panamera diesel options have been discontinued. The new Cayenne had never even launched as a diesel in the first place. Yet, this is not an environmental concern alone but linked to what Porsche calls “another software update” that has been subject to an “ongoing consultation with the authorities,” according to Autocar. This smells of diesel gate and suggests that Porsche cannot see how to reengineer the Macan diesel to comply with the new  Worldwide Harmonised Light Vehicles Test Procedure (WLTP) standards legally.

Based in Stuttgart, the family firm under the VW roof has been making considerate investments into electrifying its models. Plans to double its investments from an initial 3 billion euros to a total of 6bn euros in order to develop and build both hybrid and all-electric cars are no older than a few weeks (we reported).

The first Porsche EV is the Mission E that is due by 2019. The final design has been released and testing is underway. However, Porsche has already announced having another all-electric model in the pipeline and details may be expected midway through this year (we reported).

Once Mission E sales will have taken off, both Audi as well as Bentley plan to utilise the Mission E architecture for their own plug-ins reportedly. Thus the electrification at Porsche is in fact driving Volkswagen’s EV models as a whole. Porsche’s so-called Premium Platform Electric (PPE) for example is a co-development with Audi and will underpin what its name suggests, electric high end models within the VW family.