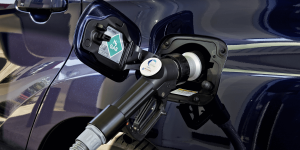 Eleven companies, including Toyota, Nissan, and Honda have jointly set up the planned Japan H2 Mobility (JHyM) business. They aim to install infrastructure for filling fuel cell vehicles across all of Japan and will start operating this April.

The funding parties signed the initial MoU to form a new joint company late last year reportedly in order for it to go into business that spring. Apart from the carmakers, the consortium includes the JXTG Nippon Oil & Energy Corporation, Idemitsu Kosan, the Iwatani Corporation, Tokyo Gas, Toho Gas, Air Liquide Japan, the Toyota Tsusho Corporation and the Development Bank of Japan.

Guided by the Japanese Central Government’s Ministerial Council on Renewable Energy, Hydrogen and Related Issues (“Basic Hydrogen Strategy” published in December), JHyM plans the deployment of 400 hydrogen fuel stations over the next ten years with 80 to be operational by 2022.

The 11 founding companies see JHyM as a framework in which infrastructure developers and automakers as well as investors are collaborating. More members are invited to join.
Specifically, the company wants to develop its own original “Hydrogen Station Deployment Plan,” that is to take into account subsidies from the national government and initiatives of local governments. While JHyM will own and operate its own H2 filling stations, it seeks to collect and apply experiences from other infrastructure providers as well.

Convenience for FCV drivers is another focus and JHyM wants to work with the Association of Hydrogen Supply and Utilization Technology (HySUT). Consumer friendliness includes cost reduction that JHyM believes can be tackled trough regulation such as the standardisation of equipment and revision of regulations.

EVgo with new tariffs for cheaper and longer charging