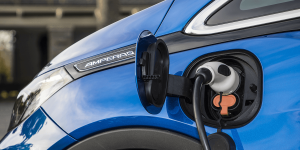 Ten months after French PSA has taken over Opel, they have come to an agreement regarding the Opel facilities in Germany. The Eisennach factory will start making the Grandland X including a PHEV version from mid-2019. Further investments into R&D are planned as well.

It is not the end yet for Opel despite all difficulties PSA’s takeover from GM had carried. The management and union have now come to an agreement that secures jobs at least until 2023 and also gives certain facilities in Germany a future perspective.

Among them is the Opel factory in Eisenach that will begin producing the Grandland X SUV next year followed by the plug-in hybrid variant by 2020. Also Opel’s engineers in Rüsselsheim, their HQ, can expect to stay busy as they have been charged with the development of next Groupe PSA 1.6-litre engine family (EP). Furthermore, every future European Opel model will be developed in Rüsselsheim.

The agreement is part of what Opel calls their PACE! strategy. It includes “efficiency” improvements brought about by (voluntary) redundancies that have been negotiated with the IG Metall union, resulting in said new framework agreement. Through PACE, Opel wants to offer all of its European carlines with an electric or plug-in hybrid drivetrain option by 2024. In a first step, four models of Opel/Vauxhall shall be electrified by 2020, among them the Corsa and Grandland.

The initial suggestion to turn Opel into an all-electric label that had been made by former CEO Karl-Thomas Neumann has not been followed. Neumann recently joined Evelozcity. In his new role, the former Opel man forms part of the executive team and board of directors, an illustrious circle of industry professionals. Evelozcity founder Stefan Krause for example looks back at two decades at BMW, and a recent and very brief spell as CTO of Faraday Future. On board as well is Ulrich Kranz, who helped design BMW’s electric models, the i3 and i8.