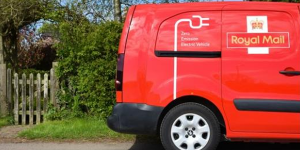 A new fleet of electric postal vans has been introduced in South Essex by Royal Mail. The Eldon Way site is one of 18 UK-wide locations to have been fitted with charging stations with 100 electric vans in use around the country in total.

In South Essex, six new electric vans replace older models that had reached the end of their service life. The vans are being used by postmen and women on their delivery rounds.

Royal Mail is also using larger commercial electric vehicles to move mail within its network. While the German post builds its own StreetScooter electric vehicles, the British service turned to local manufacturer Arrival. They have been trialling three types of electric trucks such as a six-ton, 3.5-ton and 7.5-ton trucks since last year. Moreover, Royal Mail, ordered 100 electric Peugeot vans in 2017.

Arrival is also working with UPS on a new electric van for deliveries reportedly.