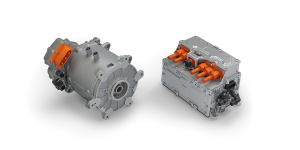 At the IAA Commercial Vehicles in Hannover, Bosch will be presenting an electrified axle for truck trailers. The technology is used to recover energy from the brakes, and support the truck when driving, as well as, for example, cooling the interior.

The concept is not new: Instead of letting the axles on the trailer simply roll as they have for many years, Bosch is integrating an electric machine that will spring into action when going downhill or braking, collecting energy from the process. The power is then either put back into the truck when it has to go back uphill, or can be used to power a cooling aggregate inside the trailer when goods are required to remain fresh. Furthermore, the axle allows the trailer to move around the depot without a truck. Markus Heyn, a board member, said the following about the autonomous trailers: “By electrifying trailers, Bosch is taking an important step toward automated parking at freight depots.” 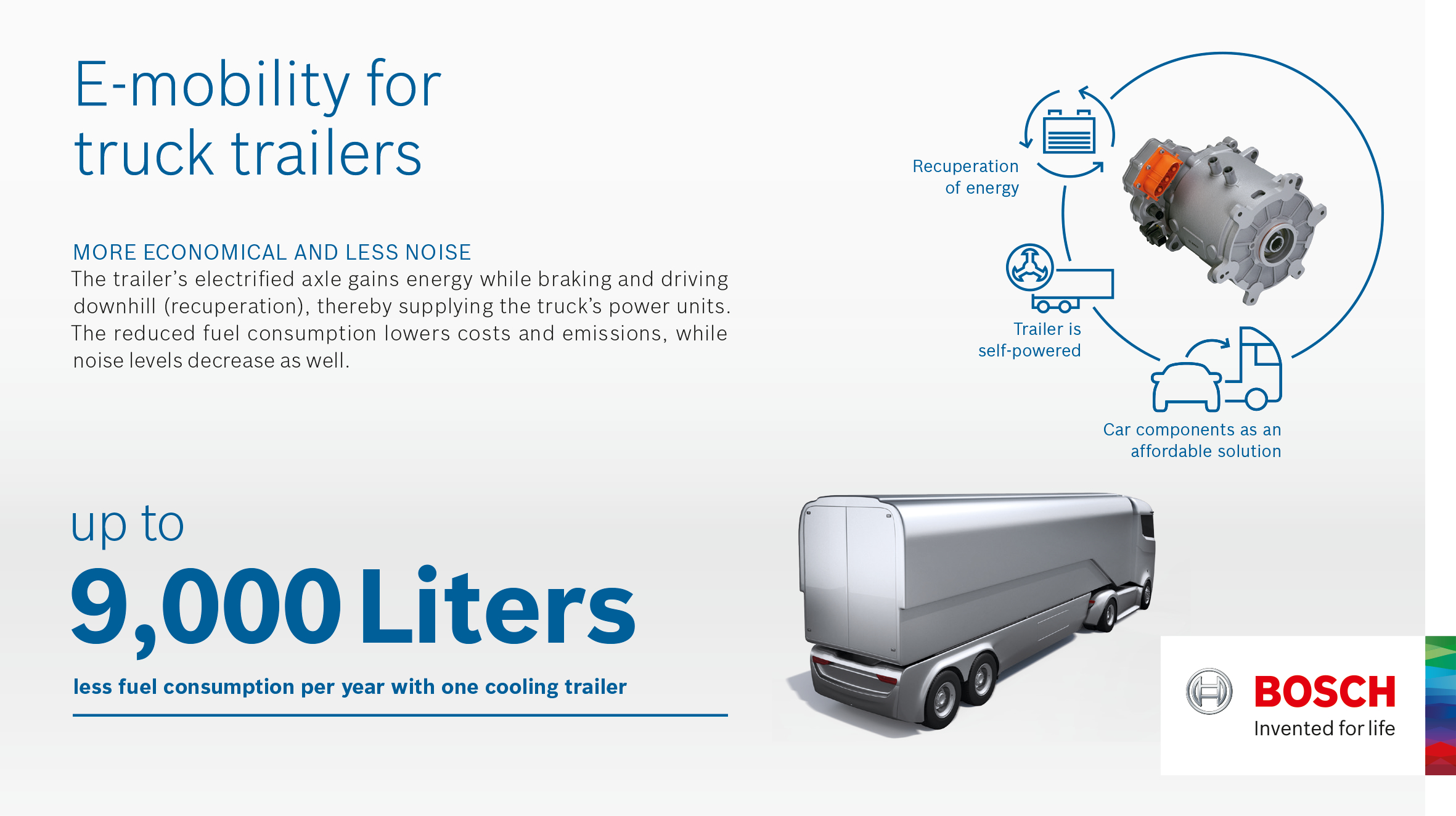 The e-axle for trailers uses serially tested components from personal vehicles, including the SMG180 electric motor, which is used in the StreetScooter, for example. The smaller motor is acceptable, because the technology would only be active for moments at a time, when braking, for example. The technology is also suitable for retrofitting, according to Bosch, particularly for refrigerated transporters used in urban areas. The price for the axle has not been named yet.

Two weeks ago, Bosch also announced an electric motor for light utility vehicles, in variations both with and without transmissions. It is usable in vehicles up to 7.5 tonnes. The first transporters fitted with the eCityTruck motor could be on the roads by 2019.