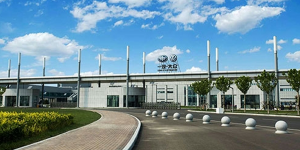 The China-based joint venture had opened another facility in June of this year, where they expanded their factory in Foshan by another facility, which doubled production capacities from 300,000 to 600,000 vehicles per year. Shortly before that, they opened another new factory in Quingdao. This new facility brings the factories owned and operated by the joint venture to a total of three in China, which will all serve to increase production capacities for EVs and SUVs in China.