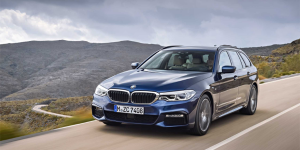 It is the end of sales of diesel models in the USA, at least for BMW. The German carmaker confirmed the diesel engine will disappear from their lineup after the 2018 model year. Instead BMW is to focus on selling plug-in hybrid vehicles.

Motor Authority confirmed the plan quoting BMW spokesman Alexander Schmuck who said “we are putting all our eggs in the PHEV basket”.

Schmuck also reached out to electrive, adding the following statement: “The all new BMW X5 will launch with 2 gasoline variants (xDrive 40i and xDrive 50i) and a PHEV variant is planned to follow in 2020 as a 2021 model year. The final decision as to whether or not the BMW X5 diesel variant will come to the U.S. market has not been made. BMW of North America continues to monitor customer preferences and is prepared to adjust the product portfolio accordingly.”

The new BMW X5 PHEV will feature an increased electric range of about 80 kilometres in Europe according to the WLTP testing cycle.

In general, this focus on electrified models is well in line with BMW’s electrification strategy as well as sales. In the first five months of 2018 BMW reported that sales of their electric and hybrid cars have grown by 41 percent worldwide and BMW intends to electrify all of its car series.

Also, the fifth generation electric drive is in the making and designed to be highly flexible once it will hit the market in 2021. You can see the introduction of said motor for the upcoming BMW electric and plug-in hybrid cars below.

This article was updated on September, 13. An earlier version had assumed the arrival of BMW X5 PHEV in the U.S. early on in the next decade, which has not been confirmed yet and will depend on customer preferences.