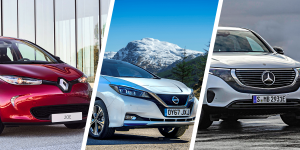 Renault-Nissan and Daimler may make some cooperative efforts to include battery and autonomous driving technology. At least their executives, namely Carlos Ghosn and Dieter Zetsche saw chances to work more closely together when speaking to the press in Paris.

Given the occasion of the Paris Motor Show, the announcement remained vague but was driven by an openminded spirit. Renault-Nissan CEO Carlos Ghosn told a news conference, that “there are plenty of areas of cooperation for our entities,” given that the industry is being in transformation, particularly when it comes to connectivity and electric mobility.

Ghosn also added that at the moment the car industry was struggling to keep up with demand for electric cars. The reason would not be dependent on volatile oil prices but on the availability of batteries and motors for electric cars rather he said.