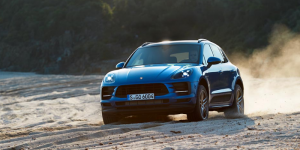 We had reported it only yesterday and yet Porsche is making more noise for its electrification and this time they add a more detailed and almost definite outlook. An all-electric Porsche SUV is “very likely” to hit the market by 2022 and there are more to come.

But first to the electric SUV confirmed today by Lutz Meschke, Deputy Chairman of the Executive Board and responsible for Finance and IT. What he calls a “large-volume model” is most likely the e-Macan and Meschke added that “it’s very likely that a [battery-powered] SUV will come by 2022”.

Moreover, only this Monday Porsche started a mini-production series of their all-electric lead horse, the Taycan. While the sports car may be charging ahead, this latest development sees Porsche running into volume terrain. Accordingly, the e-Macan is likely to utilise the Premium Platform Electric (PPE), an architecture for electric-powered high-end cars that Porsche is co-developing with Audi.

But the Macan is not the only model up for full electrification in Stuttgart. Meschke went on telling reporters that the idea of all-electric cars “will then progress further with the next generations of the Panamera and Cayenne model lines,” and that “the direction for the large four-door models will be toward full electrification.”

That sounds good and is well in line with Porsche’s recent push for electrification. Back in September they already announced that between 2022 and 2025, a fully electric version of the Macan, Cayenne, Boxster and Panamera would be made available. As of 2027, only the 911 would still drive with a combustion motor, reckoned Porsche CEO Oliver Blume (we reported).