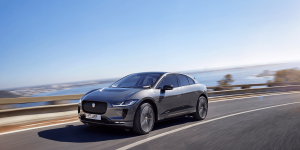 Chery Jaguar Land Rover, the British company’s Chinese joint venture is planning to invest 7BN yen (over 900M euros) in the local development and production of electric cars. This will see them turn their existing facility in Changshu into a powerhouse for EV testing, R&D and manufacturing.

The joint venture, created by Jaguar Land Rover (JLR) and Chery of China in 2012, produces more than 200,000 conventional cars annually at its Changshu facility. This latest investment though will transform the factory into a research and production hub for all of JLR’s future hybrid and electric cars.

As part of the Chery investment, the existing plant will be refitted with an electric motor plant and body workshop plus the above mentioned research centre. Electric vehicle testing will also be done on the ground.

For JLR this is yet another commitment to electric transport. Particularly Jaguar has almost been surprised by its own success as the I-Pace continues to receive strong reviews and sees sales increasing. Things were looking so good at a point, it led Autocar and our news desk to believe that Jaguar could become an all-electric car brand by 2025. Jaguar has since denied this, saying they never said there would be “only EVs”.

Another rumour suggested in August that Jaguar is working to start I-Pace production in China and named Chery as a partner. While this is not confirmed either, the new e-mobility centre could achieve exactly that. At the moment, the Jaguar I-Pace is made by Magna at their Steyr factory in Austria.

Still JLR is electrifying and recently ventured into hybridisation of its Evoque range. Expect a mild-hybrid next year and a plug-in hybrid Range Rover about a year later in 2020 (we reported). Future models may follow suit as JLR targets to have their entire lineup feature some form of electrification comes the next decade.